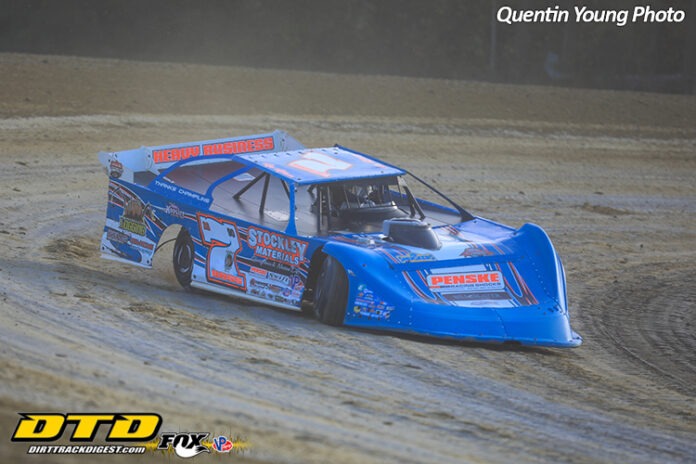 Williams’ No. 26 will be featured throughout the evening at the Sussex County Speedway.

Georgetown native Ross Robinson will be one of the favorites to win the Super Late Model Memorial event for his cousin ‘Coot’ Williams. Not only was Robinson family of ‘Coot,’ but he also drove the signature No. 26 car for Williams.

“In 2018, when ‘Coot’ was getting really sick, he wanted to keep his mind off things, so he asked me if I wanted to drive his (Vintage) car,” Robinson explained. “We ended up winning the first night in the car. It was awesome.”

“It was the most fun I’ve had in my racing career. Not because we were winning, but because of why we were doing it,” Robinson explained of the 2018 season.

“There were days he couldn’t even walk, but it felt like when we were racing, we were giving him life during his worst days.”

Now, with the 2021 edition of the Mark ‘Coot’ Williams Memorial race upcoming, the First State talent looks forward to the opportunity to honor his cousin.

“Winning this race and having that check on the wall would really mean something to me. It would not even be about the money. I just want to win that race,” Robinson said honestly.

In ‘Coot’ Williams’ racing days, he was one to stay close to home, racing in the Delmarva area with success. While Robinson has branched out in 2021, he still always enjoys racing in his backyard at Georgetown.

“I love racing at Georgetown. It’s close to home for us, all of our sponsors can be there, and Georgetown is one of the only tracks left that my Dad can come watch me race too.”

Also on the card for the ‘Coot’ Williams Memorial race will be the second event on the ‘Battle of the Bay’ mini-series for the Rush Late Models. RUSH Late Models race 30 laps for $3,000 to win and $250 to take the green plus numerous incentives and a paid B-Main.

The 2020 Mark Williams Memorial and ‘Battle of the Bay’ fell to COVID-19 restrictions.