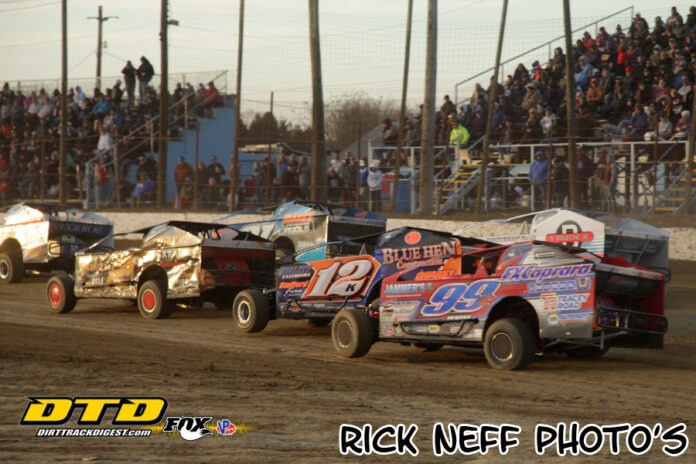 On Tuesday, August 24, the Bob Hilbert Sportswear Short Track Super Series (STSS) Fueled By Sunoco ‘Blast at the Beach’ returns to Georgetown Speedway, one of the historic facility’s most-popular events.

The 35-lap main event for the STSS big-block/small-block modified will pay $6,000-to-win in Round No. 7 of the Velocita-USA South Region presented by Design for Vision and Sunglass Central.

Melon 1 returns as a presenting sponsor of the event at the Sussex County half-mile oval.

The ‘Blast at the Beach’ counts toward the Georgetown Speedway Sunoco Championship chase for the Chesapeake Paving Modifieds. Boyertown, Pa.’s Ryan Watt currently sets the pace, by 22 points over Milford, Del.’s H.J Bunting.


Some of the First State stars joining Bunting for the STSS showdown are Milford’s Jordan and Joseph Watson looking to grab the $6,000 payday at their home track.

STSS South Region point leader Mike Mahaney of King Ferry, N.Y., and Middletown, N.Y.’s Anthony Perrego lead the STSS brigade to the Sussex County half-mile for the eighth running of the ‘Blast at the Beach.’

Georgetown will be hosting its 16th STSS Modified race in history, the most of any track since the inception of the STSS in 2014.

The Blue Hen Dispose-All Crate 602 Sportsman will also be on hand for a 25-lap, $1,500-to-win event for another race in the Sunoco Championship chase for them as well. The race will also serve as Round No. 6 of the STSS Belmont’s Garage South Region.

The Delaware Super Trucks and Delmarva Chargers will also be on the card for the late-summer classic.

The event carries a rain date of Wednesday, August 25.

The event will be streamed live on FloRacing (www.floracing.tv) as part of the annual subscription.