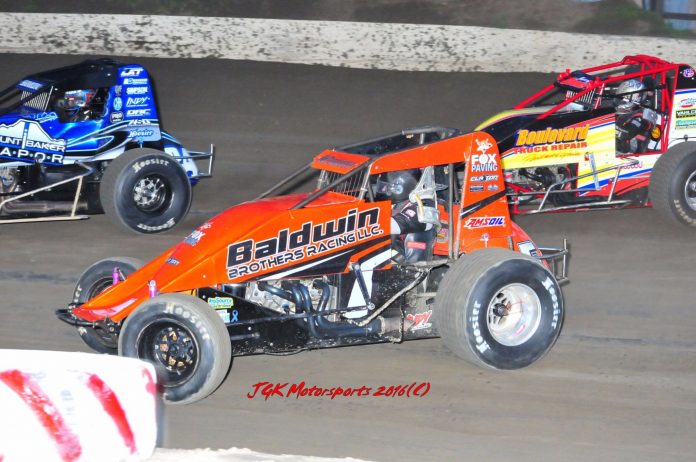 BECHTELSVILLE, PA – Three-wide racing, thrilling slide jobs and rim-riding the guardrail with wheelie action is the best way to explain USAC 410 sprint car non-wing racing. You have to see it to believe it.

The leanest and meanest racers from USAC’s AMSOIL National Sprint Car Series – the nation’s largest group of non-wing open-wheel racers – make their annual stop on the east coast for the 2017 version of the “Eastern Storm”, with a five-race series through Pennsylvania.

The action kicks off on Tuesday, June 13 at Bechtelsville, PA’s Grandview Speedway as part of the NAPA Auto Parts Thunder on the Hill Racing Series, presenting its’ twenty-eighth season. The Annual USAC Jesse Hockett Classic includes a 40-lap, $6,000-to-win USAC Wingless Sprint Car feature event along with Grandview’s competitive NASCAR 358 Modifieds – a Grandview Speedway mainstay. The USAC sprints will compete in time trials, qualifying heats and a “B” main leading up to the Jesse Hockett Classic. For the 358 NASCAR Modifieds, they will dual in a series of qualifying events leading up to the 30 lap $3,000 to win feature.

410 Sprint Car ace, Danny Dietrich, of Gettysburg, PA has made his non-wing intentions known as he chases the first four events of the Eastern Storm, and yes, he will be “wingless” at Grandview Speedway. Dietrich has claimed victories at all of these tracks in winged competition and is anxious to battle wheel-to-wheel with the top non-wing racers in the United States.


26-year-old Justin Grant, aboard the Sam McGhee Motorsports No. 11, sits at the top of the USAC AMSOIL National Sprint Car rankings with Chad Boespflug in a close second followed by Chris Windom, and 2015 Grandview Speedway winner Chase Stockon.

General Admission ticket pricing for Tuesday, June 7 at Grandview Speedway are $30 for Adults, Children 6-11 are $10 and Kids 5 & under are FREE! Pit Admission pricing is $35 and a license is not required.

Advance tickets for both events are on sale now and may be ordered by calling 443-513-4456. Please provide your name and the number of tickets requested.

The 11th year of the ‘Eastern Storm’ kicks off on Tuesday, June 13 at Grandview Speedway; followed by Lincoln Speedway on Wednesday, June 14; Williams Grove Speedway on Thursday, June 15; Port Royal Speedway on Saturday, June 17; and rounding out the series on Sunday, June 18 at Susquehanna Speedway.

NAPA Auto Parts continues their long run with the Thunder on the Hill Racing Series as the title sponsor joined by: Pioneer Pole Buildings and GALCO Business Communications. 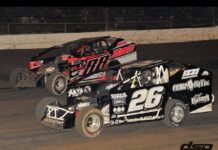