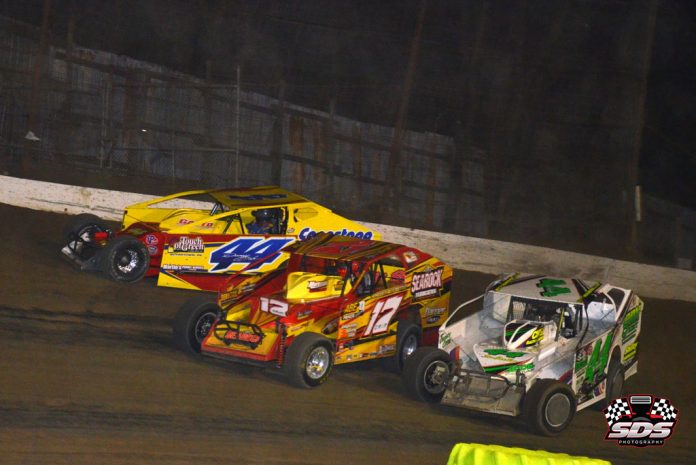 BECHTELSVILLE, PA – There’s no better way to celebrate the Memorial Day Weekend then to be at the Grandview Speedway on Sunday night, May 28 for the Pioneer Pole Buildings Triple Thunder Thriller racing program. The Big Block vs. Small Block Modifieds highlight an exciting night of racing for area race fans as the NAPA Auto Parts Thunder on the Hill Racing Series kicks off their 28th season. Grandview will be racing Saturday night so plan to camp on the HILL.

Teams are encouraged to pre-enter by calling 443-513-4456 or by visiting thunderonthehillracingseries.com. There is NO ENTRY FEE for this special event.

Included on this holiday spectacular are the Sportsman division competing in a 25-lap event with $1,200 going to the victor and the first appearance of the newly formed MASS Sprint Car Series in a 20-lap event.


The Pioneer Pole Buildings Mobile Sales Unit will be on display in the mid-way along with all of the Thunder on the Hill Racing Series mainstay promotions including the Low Down & Dirty Radio Show pre-race Meet and Greet, pit area tours, the Inside/Out Experience – where fans can watch hot laps from the infield, take a ride in the Eli’s Auto World Pace Truck, see Joe ‘The Pizza Dude’ offering up free pizzas to the rowdiest fans, give-a-ways, and appearances by Miss Thunder on the Hill, Lauren Fischer.

Helping to celebrate the Memorial Day Weekend will be a special fireworks display on the parade lap to start the $5,000 to win modified feature event.

Spectator gates will open at 5 PM, with racing action set for 7:30 PM. Adult General Admission is $25, Children 6-11 are $10, and Children 5 and Under are Free of Charge. Pit Area pricing is $35 and a license is not required. Don’t forget, Grandview Speedway will be in action on Saturday night, May 27 so bring the camper and overnight for free on the most “popular hill” in Bechtelsville, PA 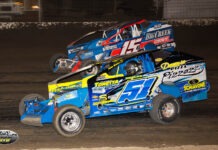