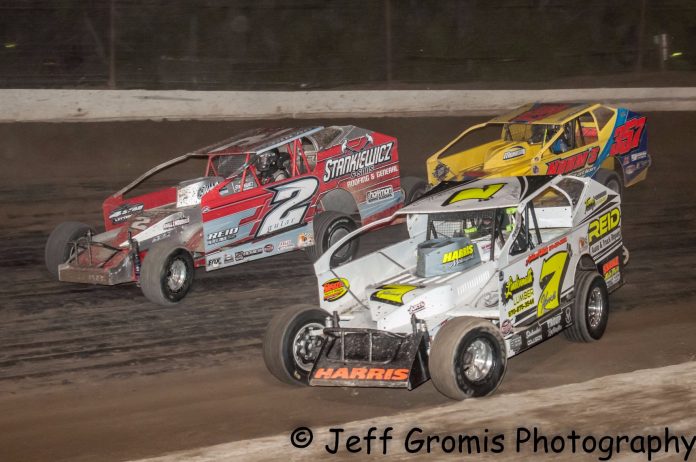 BECHTELSVILLE, PA – The excitement of Sprint car racing action will be part of the Bechtelsville Auto Wash tripleheader show at Grandview Speedway on Saturday night. This will be a first time appearance for the popular Mid-Atlantic Sprint Series racers.

And eyes will also be on the TP Trailers 358 Modifieds and Sportsman stock car racers as the two divisions try to add new names to the lengthy list of NASCAR feature winners. With mid-season here there have already been 20 different drivers make it to victory lane in the regular Saturday NASCAR stock car racing action. The Late Models are being replaced by the MASS Sprinters this weekend.

The tripleheader show will have the Sprints running in a 25-lap feature, while the Modifieds go 30 laps and Sportsman run 25 laps. A full series of qualifying events will decide who gets to race in the features.

Heading up the expected strong contingent of Sprints will be Doylestown’s Tim Tanner who is coming off a big win at Delaware Int’l Speedway. Other popular Sprint racers planning to run on Saturday include Tommy Carberry, Rick Stief, Eddie Wagner, Jeff Geiges, Dave Graber and a host of others.

In addition to the prize money two hard chargers will receive a right rear tire courtesy of their sponsor Thayer Performance Engineering and Parts.

Spectator gates open at 5:30 p.m. with racing at 7:30 p.m. Adult admission is $18 while youngsters 11 and under are admitted free. Active military with proper ID are admitted free and there is free parking on the speedway grounds.

The Low Down and Dirty Meet & Greet session at the front gate when it opens will feature Modified racer Brian Houseknecht and keeping it in the family Sportsman racer Paul Houseknecht will represent the Sportsman racers. Representing MASS will be David Bonner. The three racers will have their race cars on display, sign autographs and pose for photos.

BRC Late Model racers will use the night off to get ready for their biggest event of the season, the Firecracker 40, on Saturday, July 1st. The TP Trailers Modifieds and Sportsman will also be part of that tripleheader holiday weekend show. Adult admission will be $20 while youngsters 6 thru 11 pay just $5 and children 5 and under are admitted free.

For more information check in at www.grandviewspeedway.com, Facebook or 610.754.7688.