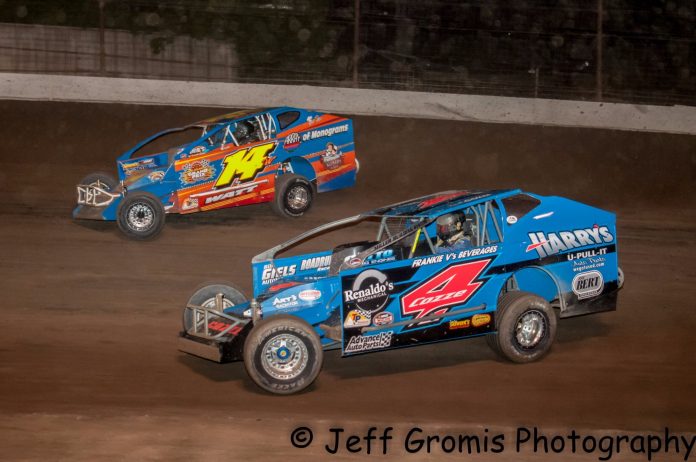 Godown and the young Pauch are considered two of the top talents in dirt track Modified racing. Both will be seeking their first victory in the Classic. Legend Bill Pauch Sr. has six Freedom 76 wins as does 10-time Grandview Speedway Modified Champion Jeff Strunk. Both will be looking to add to their impressive resumes.

Boyertown, PA resident Ryan Watt has been having quite a successful season at area tracks and nothing would make the season better than to be able to walk off with a Freedom 76 victory.

Current NASCAR TP Trailers Modified point leader Craig VonDohren has five wins in the Classic and will be looking for his sixth while veteran Duane Howard tries for his fifth victory. Meme DeSantis is ready to try for his fourth victory after missing most of the 2017 season. Those looking for their second Freedom 76 win include Ray Swinehart and possibly Stewart Friesen.

Popular racing talents that have not been able to win this event include Mike Gular, Brett Kressley, Doug Manmiller, Jared Umbenhauer, Ryan Watt and a long list of others. They are all hoping to be able to add their name to the list.

Pioneer Metal Roofing has signed on as the sponsor of the cash dash which will award $1,000 to the winner.

Bobby Gunther Walsh’s racing team along with his long list of sponsors including Mrs T’s Pierogis and Just Born Candies has posted a $500 Hard Charger Award in memory of Bruce Rogers.

A full series of qualifying events will lead up to the 47th Freedom 76.

Adult admission on race day is $40 but fans buying advance tickets will pay just $35. Advance tickets are sold at the speedway each Saturday night when NASCAR races are presented. Youngsters 6 through 11 pay $10 and kids under 6 are admitted free.

On Friday, September 15th, Modified racers looking for some practice time will be able to do just that as a doubleheader featuring Sportsman and Mid-Atlantic Sprint Series Sprinters is presented. Adult admission is $12 while youngsters 6 through 11 pay $5 and kids under 6 are admitted free. The Sportsman will be racing for $1500 to win in the Freedom 38’er. There is no license required for the Sportsman racers.

Those wishing to be a lap sponsor for the race that honors the memory of the late Bruce Rogers can get information from Tina Rogers and Tommy Kramer at the track or telephone Ernie Saxton at 215.752-7797 or Esaxton144@aol.com. Lap sponsorships are priced at $20 and gets your lap listed in the special event program and has your name mentioned on the public address system. Qualifying event sponsorships are available for just $200.