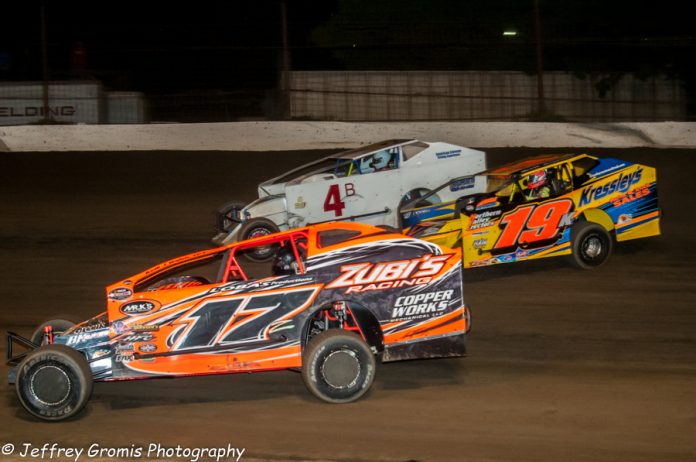 BECHTELSVILLE, PA – Many of the top names in dirt track Modified stock car racing have won the Freedom 76 Classic at Grandview Speedway. And there are many top names in the sport that are still without a win in the prestigious race. Many past winners and non-winners will be entered in the September 16th 47th Annual Freedom 76 Run in Honor of Bruce Rogers, the richest event of its type in the area, looking to grab the $30,000 first place money and the prestige that goes with the victory.

Some of the past winners of the Freedom 76 include Fred Rahmer, Doug Hoffman, Billy Pauch (six times a winner), Ray Swinehart, Stewart Friesen, Kenny Brightbill, Meme DeSantis (three times a winner), Craig VonDohren (a five time winner), Jeff Strunk (six times a winner including last year) Duane Howard ( four wins) and the list goes on. Some of them will be back trying to add to their impressive resumes.

The Saturday, September 16th event will include a full schedule of qualifying events, a $1,000 to win Pioneer Metal Roofing Cash Dash, the Schaffer Motorsports Minuteman 20 and the 76-lap Freedom 76.

Ticket windows open at 3:30 p.m. while advance ticketholders will be admitted at 3 p.m. Advance tickets will be available for $35 on Friday night at the track and will be priced at $40 on race day..

Bobby Gunther Walsh and his race team sponsors including Just Born Candies and Mrs T’s Pierogies has posted $500 for the Hard Charger Award while Len Sammons and his Motorsports 2018 Racing Trade Show and his Allentown indoor racing events have posted $100 for the leader at the halfway mark.

The night before the Freedom 76 there will be a doubleheader show featuring the Sportsman stock cars and Mid-Atlantic Sprint Series 305 Sprints. Sportsman will top their night with a 38-lap feature, the Freedom 38’er paying $1500 to win. Modifieds entered in the Freedom 76 will be allowed practice time. Adult admission is $12 while youngsters, 6 thru 11, pay $5 and kids under 6 enter free.

Racing both nights starts at 7 p.m.

Rain date for the Freedom 76 is Saturday, September 23rd while the night before events will not be rescheduled should there be a rainout.

Camping on the speedway grounds is permitted in the 4th turn area of the parking lot. There are no hookups available. No open fires are permitted. No saving of spaces allowed. Some areas for parking may have fees.

The 47th annual Freedom 76 will close out the regular Saturday night schedule of racing events except for the October 14th Thunder on the Hill Halloween Party that will feature the Mods at the Madhouse Big Block/358 Modifieds in a 40 lapper, Sportsman and MASS Sprints.

For race information check in at www.grandviewspeedway.com and click on the Freedom 76 link or telephone 610.754.7688.