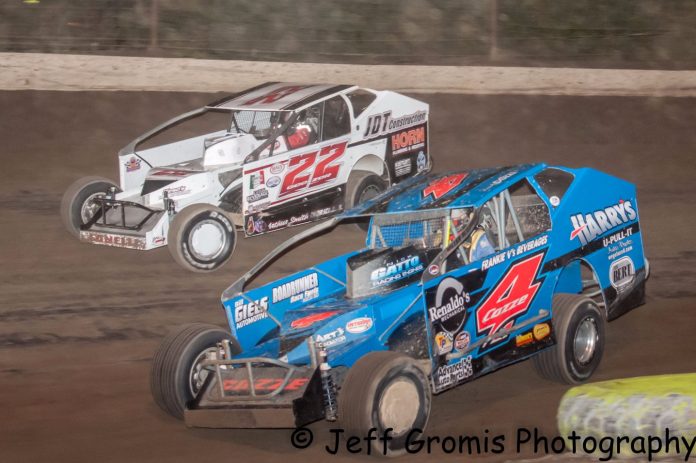 BECHTELSVILLE, PA – The First annual VP Racing Fuels Bruce Rogers Memorial Money Maker set for Saturday, April 7th at Grandview Speedway will reward the winner with at least $7,500. However the honor of winning the 50-lap Small Block/Big Block Modified race could very well mean more to the winner than the big bucks.

Rogers, the man who built the one-third-mile, banked clay track along with his father, was one of the most respected auto racing promoters in the business. And he was very well respected by the competitors. During his 55 years of running the popular auto racing facility he was able to bring it to national notoriety. It is one of the most successful short track racing operations in nation and has continued under the operation of members of the Rogers family since he passed away in March of last year.

Many well-known racing talents have expressed interest in being a part of this event which will kick off the 56th consecutive season of stock car racing at the Bechtelsville oval.

In addition to the $7,500 for the winner each driver taking the green in the first time event will earn at least $1,000.

A full series of qualifying events will lead up to the 50-lap main event. Sportsman stock cars will be featured as the second part of the show. Rules can be found at www.grandviewspeedway.com.


Racers planning to participate are requested to pre-enter (no entry fee) by telephoning or texting 484-256-4375. There is no license required and it is a non-point event. Please provide driver’s name, contact information and phone number to assist in the promotion of the event.

Rain date for the Bruce Rogers Memorial Money Maker will be Saturday, April 14.

Ticket prices for the April 7th special event are $28 for adults, $5 for youngsters 6 thru 11 and those under 6 will be admitted FREE.

There has been some confusion regarding RCN-TV coverage during the 2018 season. The TV schedule will kick off with the Bruce Rogers Memorial set for Saturday, April 7th. This will be the 18th consecutive season of RCN-TV coverage of Grandview events.

The coverage, shown on a delayed basis, is broken up into two programs each week. Qualifying heat racing action will be included in one show and the feature races along with any special events will be shown in a second show. Each show will offer approximately two hours of coverage and will be shown on two separate nights during the week following the actual live Saturday race events. And there will be a second showing of the two night coverage on a later date.

Other dates on the RCN schedule include May 12, June 9, July 7, July 21 and the Forrest Rogers Memorial on August 11th sponsored by Pioneer Pole Buildings.

Grandview Speedway will kick off their 55th consecutive season of stock car racing on Saturday, March 31st, 12 noon, with a free-to-the-public practice session featuring all types of competition.

Grandview Speedway is located at 42 Passmore Road in Bechtelsville, PA just a short distance off Rout 100 and just 10 miles north of Pottstown. For information check in at www.grandviewspeedway.com, Facebook or telephone 610.754.688. 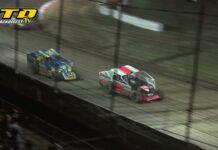