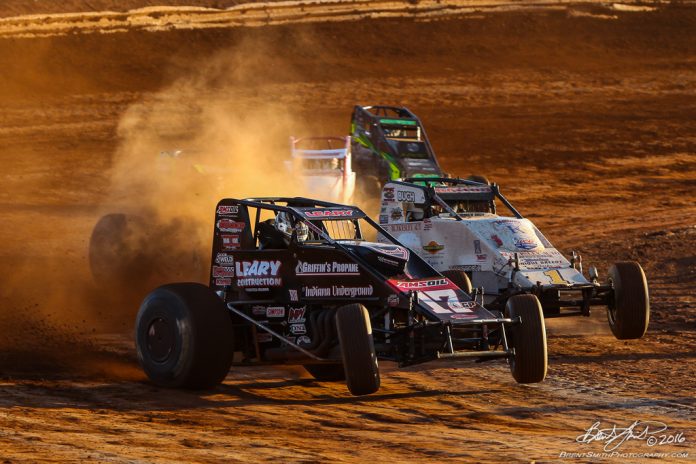 BECHTELSVILLE, PA – Advance tickets for the Thursday night, AMSOIL USAC Non-Wing Sprints and 358 Modified Doubleheader will be on sale until 9 AM Thursday, June 14. General Admission tickets will go on sale at 5 PM. Advance tickets are available by calling Thunder on the Hill at 443 513 4456. Please speak your name clearly, and provide the number of tickets you will need. Advance tickets may be paid for and picked up on race night at the Will Call Window after 3:30 PM. Advance ticket holders may enter the grandstand at 4:30, one-half hour prior to General Admission tickets going on sale. Come out early and take advantage of the free pre-race pit tours, the inside/out promotion where you may watch warm-ups from the infield, enjoy the Low, Down & Dirty interviews at the front gate and be sure to purchase a 2018 Thunder on the Hill t-shirt for just $20. Then, get ready for one of the greatest shows of the year.

The NAPA Auto Parts Thunder on the Hill Racing Series sponsored by Pioneer Pole Buildings presents the USAC stars to Grandview Speedway for the 12th consecutive Eastern Storm Series – the only track to be a part of the Eastern Storm since USAC’s return to Pennsylvania in 2007 – on Thursday, June 14 with a 7:30 PM race time. Joining USAC will be the 358 NASCAR modifieds racing for a $3,000 to win prize in the 30 lap feature. The USAC non-wing racers will chase a $6,000 payday for winning the 40 lap Jesse Hockett Classic.

The Pioneer Pole Buildings Mobile Sales Unit will be on display in the mid-way, along with the Low Down & Dirty Radio Show pre-race Meet and Greet, pit area tours, the Inside/Out Experience – where fans can watch hot laps from the infield, Joe ‘The Pizza Dude’ offering up free pizzas to the rowdiest fans, give-a-ways, and appearances by Miss Thunder on the Hill.

Grandview Speedway is a high-banked one-third mile clay oval, celebrating their 56th Anniversary season in 2018. The facility offers free parking, quality food at reasonable prices (be sure to try the french fries), a program book, Grandview Speedway and Thunder on the Hill racewear and great viewing from every seat in the house. Race fans may take part in the Inside/Out promotion, where you can sign up (no charge) to watch warm-ups from inside turn four. Race fans are also invited to victory lane following the racing program and, race fans may enter the pits after the races to meet the drivers. Be ready to enjoy the spine-tingling fireworks salute on the feature event parade lap. For more information visit: www.thunderonthehillracingseries.com 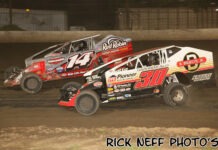