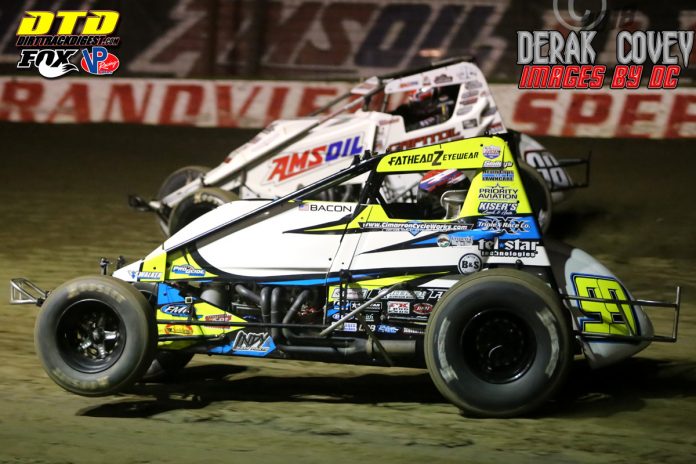 BECHTELSVILLE, PA – With the start of Spring, the sound of race cars has enveloped the northeast. Just like the season, the NAPA Auto Parts Thunder on the Hill Racing Series roars in like a lion, kicking off the 30th Anniversary season with the most ferocious of racing events on Tuesday, June 11 at Grandview Speedway.

“I can’t think of a better way to kick off our 30th year of racing than with the USAC Non-Wing Sprint Cars,” Promoter Bob Miller said. “It was 13 years ago when Bruce Rogers and myself brought USAC back to Pennsylvania – and this event has become a cornerstone of our Thunder Series.”

On June 11, the USAC AMSOIL National Sprint Car Series takes to the track in the 13th running of the Jesse Hockett Classic, featuring a $10,000 payday that will help highlight the King of the non-wing jungle. ‘The Macho Man’ Brady Bacon proved he has mega powers at Grandview Speedway claiming the past two USAC victories – but anything can happen in a third-mile when there are $10,000 bucks up for grabs.


The 5th Annual Levan Machine Truck Equipment Thunder Cup event brings the Ollie’s Bargain Outlet All Star Circuit of Champions to the one-third mile Grandview Speedway on Thursday, August 22. A highlight of the Thunder season, the All Star event will pay homage to the late Greg Hodnett, with a special memorial trophy.

The NAPA Auto Parts Thunder on the Hill Racing Series concludes on Saturday, October 22 with the House of Thunder Halloween Party featuring the 22nd running of the Modified Traffic Jam – where Big-Blocks battle Small-Blocks in the Mods at the Madhouse. Alongside the Modifieds, the Sportsman, and MASS Sprint Cars will also be in action.