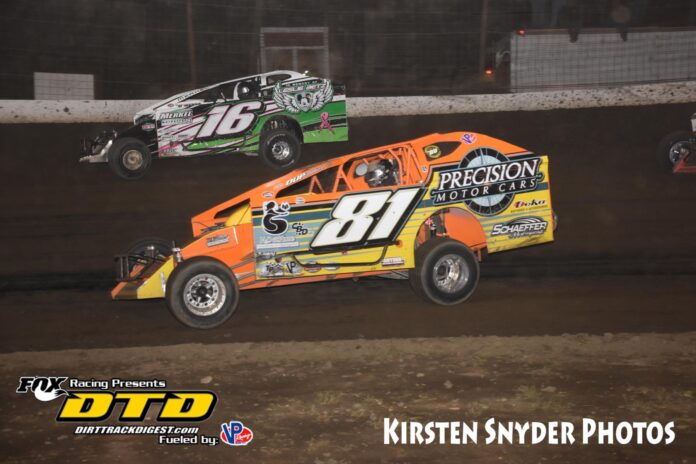 BECHTELSVILLE, PA – With the recent announcement by NASCAR, weekly racers at Grandview Speedway will have something more to race for in 2021 as part of the NASCAR Advance Auto Parts Weekly Series when the season gets started officially on Saturday, April 10th for the T.P.Trailers Modifieds and T.P.Truck Equipment Sportsman. The sanctioning body is re-introducing regional championships to its weekly racing format.

Champions will be crowned in four regions: Southeast, Northeast, Midwest and West.

Each Division I regional champion will receive a $15,000 prize for their achievement, with a total of $35,000 being paid out to the top-10 drivers in each region. Drivers racing in Divisions II-V will compete for regional championship recognition.

A driver’s 14 best finishes within their respective regions will count towards regional championships.

Tracks that are part of the NASCAR Advance Auto Parts Weekly Series include North Carolina’s historic Hickory Motor Speedway, California’s Irwindale Speedway and Pennsylvania’s Grandview Speedway, among many others.

The NASCAR Advance Auto Parts Weekly Series previously crowned regional champions from 1982 to ’04. Among the drivers to earn regional titles during that time period were Bowyer, Ted Christopher, David Rogers and Philip Morris, as well as NASCAR Hall of Famer Richie Evans and Hall of Fame nominees Larry Phillips and Sam Ard.

A free-to-the-public practice session is set for Saturday, March 27th at noon. This gives fans the opportunity to see many of their favorites testing their new equipment. Also fans will be able to purchase their season tickets, which include all Saturday night events, for just $350. The full schedule can be found at www.grandviewspeedway.com.

The prestigious 4th Annual Bruce Rogers Memorial will take place on Saturday, April 3rd with the winner of the 50-lapper, pitting big blocks against small blocks, earning $7,500. Sportsman stock cars will also be part of the night of racing starting at 7 p.m. For the fourth year in a row the Rogers Memorial will be sponsored by VP Racing Fuels.

Grandview Speedway will be offering weekly racing on their one-third-mile, banked clay track for the 59th consecutive season.

For information on the Bechtelsville, PA NASCAR racing facility check in at www.gradviewspeedway or telephone 610.754.7688.