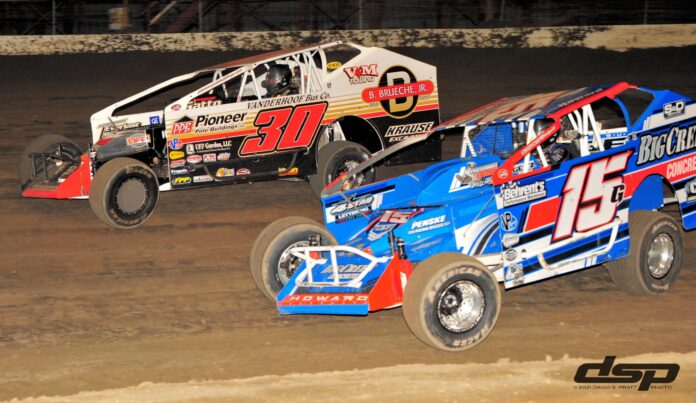 BECHTELLSVILLE, PA – The NAPA Auto Parts Thunder on the Hill Racing Series kicked off their 32nd season of racing action at Grandview Speedway with Craig Von Dohren winning the 358 Modified portion of the program.  It was a chilly night on the hill but a speedy and efficiently run show was completed by 9:45 PM.

The only challenge came when CVD battled through lapped traffic at the mid-way point of the event, but a caution with five laps to go offered up an open track and the ability to coast onto victory.

Duane Howard finished in the second position, Alex Yankowski in third, Jeff Strunk in fourth and Doug Manmiller in fifth.

Robert Altman, who always has the Thunder on the Hill fans in mind, said ‘Thank You’ by presenting lucky fans with $10 WAWA gift cards.

The NAPA Auto Parts Thunder on the Hill Racing Series returns to Grandview Speedway on Sunday, May 30 with the ‘Roaring Triple 20s’ event featuring three 20-lap feature events for the Big-Block and 358 Modifieds, along with the Sportsman, and Outlaw Racing Series Vintage cars.