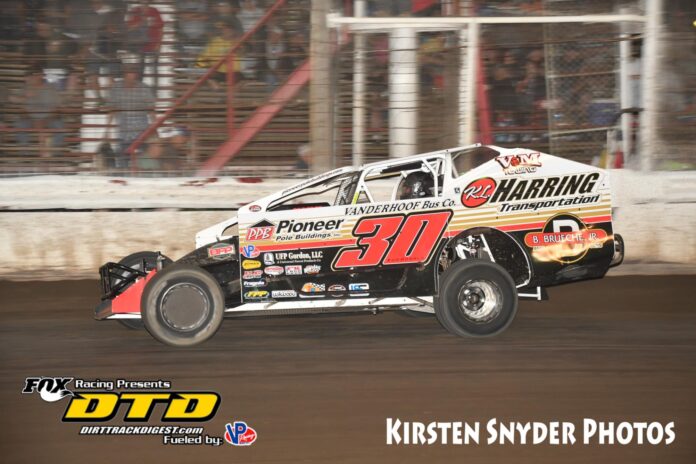 BECHTELSVILLE, PA – The 51st annual Forrest Rogers Classic at Grandview Speedway rewards the winner of the 50-lap Modified race with $10,000 so a strong field of Modified talents is expected. It all happens on Saturday night, August 14th, at 7:30 p.m. The race is run in memory of the man who had the idea and then turned it into the track that has gone on to be the success it is today with family members in charge.

Craig Von Dohren, an 11- time track Modified champion including being the defending champion, will be looking to win his ninth Rogers Classic (his first win coming in 1986). That would be a big shot in the arm for him as he chases his 12th track title. Another 11 time track champion, Jeff Strunk, will be looking to win his third Rogers Classic. Ray Swinehart is a five time winner. Multi-time Modified champion Duane Howard has won this event three times. Veteran racer Meme DeSantis is a two time winner as is Billy Pauch, Sr. Green Lane, PA’s Kevin Hirthler has won once. And current NASCAR T.P.Trailers Modified point leader Brett Kressley will be looking to win the Classic for the second year in a row.

And if you go way back in the record books you will find that Freddie Rahmer, who finished his career as one of the nation’s top Sprint car racers, won four Forrest Rogers Memorials before moving on to the Sprints.

There are a number of Saturday night Modified regulars that have what it takes to win the Classic including Doug Manmiller, Danny Bouc, Craig Whitmoyer, Tim Buckwalter, Jared Umbenhauer and others. And who knows there just might be a visitor come in trying to steal it all away from the regulars.

So Saturday night at Grandview Speedway the action will be super exciting as a large field of Modified racers are expected to be on hand to try to take home the $10,000 first place money.

Fans and crew members do not need to have a NASCAR license. Drivers, new to Grandview, can purchase a temporary license for the one night and good for 15 days.

And the always exciting T.P.Truck Equipment Sportsman will be in action with the racing producing a new feature winner just about every Saturday night. Kenny Gilmore is the point leader.

Meet & Greet will include Modified racer Kevin Hirthler along with Sportsman racers Brian Hirthler and Adrianna Deliponti plus young Jesse Hirthler. There will also be a Chapel on the Hill service at 4:30 p.m. to 5 p.m. in the first turn pavilion.

For the latest track information check in at www.grandviewspeedway.com or Facebook.