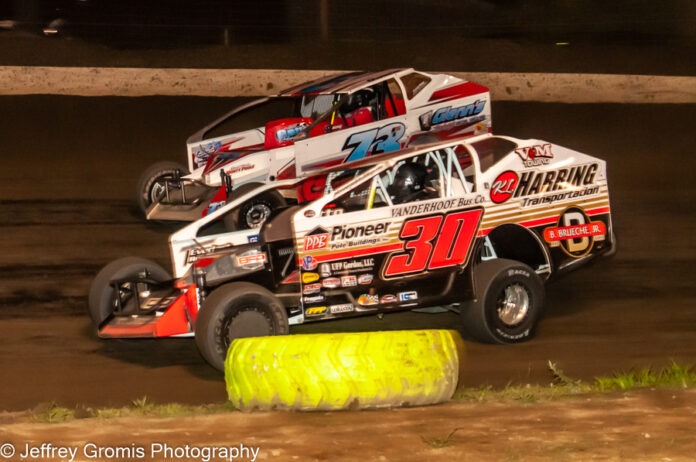 BECHTELSVILLE, PA – For the second year in a row the Hope Mortgage Team will be sponsoring the Championship Night at Grandview Speedway. The Saturday, September 11 doubleheader card of stock car racing will feature the T.P. Trailers NASCAR Modifieds and T.P.Truck Equipment Sportsman in their final point events of the 2021 season.

To make the night of racing, the battle for the titles and improving final positions in the standings, even more interesting, Conshohocken based the Hope Mortgage Team at Finance of America, will be posting $5,000 in cash awards. Topping the list of awards will be $1,000 going to the winner of the 30-lap Modified feature making for a total of $3,800 including track prize money and $300 from T.P.Trailers of Limerick, PA.

The winner of the 25-lap Sportsman feature will receive $1,000 from the Hope Team along with the regular prize money and $200 from T.P.Truck Equipment for a first place offering of $1,800.

Heat winners in each division of competition on the Hope Mortgage Team Championship Night will receive money based on the number of qualifying events run.

And five non-qualifiers in each division, randomly selected, will receive $100 of the Hope Mortgage Team money.

Going into the final night of NASCAR points racing, part of the Advance Auto Parts Weekly Series of NASCAR racing, 11-time and defending champion Craig Von Dohren sits on top of the Modified standings while Kenny Gilmore holds the number one spot for Sportsman.

The Hope Mortgage Team Championship Night will include a full series of qualifying events for each division topped by a 30-lap feature for the Modifieds and 25-lap feature for Sportsman. Fireworks will be included in the night of excitement. Adult admission is $15 while youngsters 11 and under are admitted free.

For information on Grandview Speedway check in at www.grandviewspeedway.com, Facebook or telephone 610.754.7688.