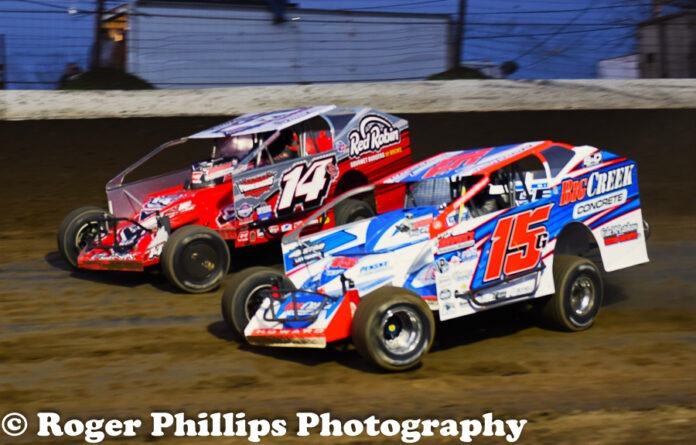 All the racing action will once again be contested under the brand-new LED track lighting system that debuted for the start of the new season on Opening Night in April, with the VP Racing Fuels Bruce Rogers Memorial.

In T.P. Trailer Modified competition this year, just two-point races have been run so far. Brett Kressley is on top of the point standings after winning the most recent event on April 30 and defending Champion Craig Von Dohren is the only other feature winner. Von Dohren was also victorious in the season opening VP Racing Fuels Bruce Rogers Memorial for Big Block/Small Block Modifieds.

In the T.P. Truck Equipment Sportsman division some of the top drivers to look for will be the top ten-point drivers like Brian Hirthler who has a feature win, Kyle Smith, Jimmy Leiby, Dylan Hoch, Cole Stangle, Parker Guldin with a win in the last event run, Mike Schneck Jr., Bryan Rhoads, Chris Esposito and Ryan Graver.

Bonus money will be paid each week to the race winners, once again by divisional sponsors T.P. Trailers for the Modifieds ($300) and T.P. Truck Equipment for the Sportsman ($200), provided the racers have the proper decals displayed on their cars.

All race teams are being reminded by Speedway management that tire sales will resume this week at the racetrack ONLY. The tire truck will be at the track when the pit gate opens at 4 pm, and all teams will be allowed to purchase two tires. To be certain the tire sales are monitored fairly, we are requiring that all cars must be signed in first for the night’s event, before purchasing, and the driver of each car is required to make the tire purchase.

We appreciate your understanding and your support during the tire shortage issue.

Saturday night May 28 will be a triple-header, as the 602 Crate Sportsman mini-series will join the T.P. Trailer Modifieds and T.P. Truck Equipment Sportsman starting at 7:30 pm.

The first NAPA Auto Parts Thunder on the Hill Racing Series event will happen on Memorial Day Weekend on Sunday, May 29 with the first time running of the Balls to the Wall 50 for 358 Modifieds plus the return of the SpeedSTR’s starting at 7:30 pm. The 358 Modified portion of this program will be part of the newly re-formed Tri-Track series to be contested between Grandview, Big Diamond and BAPS Motor Speedways.

Looking ahead to next month, Saturday, June 4 will see the T.P. Trailer Modifieds and T.P. Truck Equipment Sportsman in another double-header show starting at 7:30 pm. 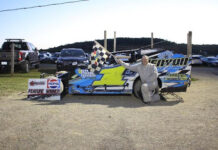 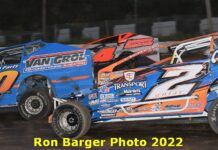