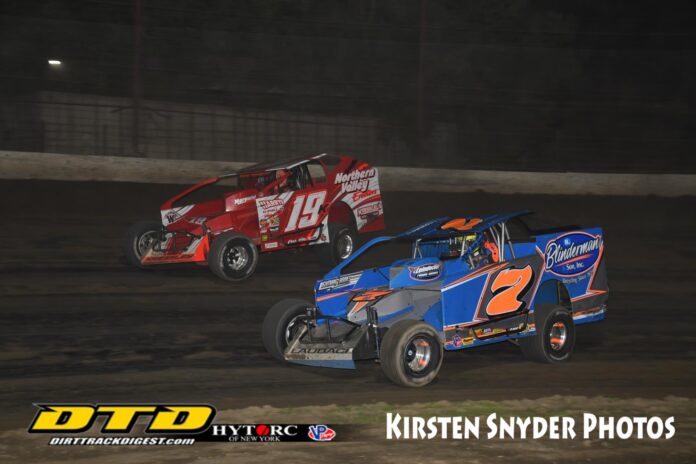 BECHTELSVILLE, PA. – Grandview Speedway management would like to answer some questions that may have arisen from the recent announcement regarding the 602 crate Sportsman mini-series.

Nothing is changing regarding the use of 602 engines in the regular Saturday night NASCAR Sportsman competition. Race teams are still able to use the 602 engines as they have been for the last several seasons, and are encouraged to do so, looking toward the future of the class.

Until KB Performance is ready, Mike Ingram from the RUSH Racing Series will be available to help in any way he can. He may be contacted at 724.954.4340.

Speedway management announced that only thethree remaining special 602 Sportsman mini-series racing events were being removed from this year’s schedule due to the tire shortage situation. The dates are June 11, July 30, and August 20. Nothing else is changing, it will be business as usual for Saturday night NASCAR Sportsman competition.

With the current tire shortage situation, the decision was made to cut back, to save the tires for regular NASCAR point racing competition on Saturday nights, instead of running two Sportsman classes in one evening.

Many teams already competing at Grandview are using the 602 engines in regular NASCAR Sportsman competition, and many of the track’s regular competitors were racing in both classes, putting a strain on the teams having to run twice in one evening.

The Rogers Family along with Bob Miller, who co-promote the Thunder on the Hill Racing Series, have announced a slight change for the Tuesday August 2 race program. The Big Block/Small Block Modified Triple 20’s program scheduled for that night was to be joined by a program of Sportsman racing. That has now been changed to a 602 Crate Sportsman race event ONLY, giving those teams a night back on the schedule.

Information on race tires will be made available by later this week.

Brett Kressley had a solid night with a third-place outing and remains in the point lead with 1426 points. Manmiller, who scored his first win of the year, also scored his fifth straight top five finish, now sits second in points with 1415 points. Craig Von Dohren who had his first non-top five finish with a seventh, sits third with 1376 points, followed by Saturday’s second place finisher Tim Buckwalter who sits fourth in points with 1317. Duane Howard remains consistent with another top-ten finish and fifth in points with 1287.

In the T.P. Truck Equipment Sportsman division Dylan Hoch, after another late race charge to the front, finished fourth and is now on top of the point’s parade with 1078. Kyle Smith, who had been on top, has dropped to second with 1008, followed by Brian Hirthler with 994, Jimmy Leiby with 991, and Saturday’s winner Manmiller now sitting in fifth with 801.

The T.P. Trailer NASCAR Modifieds and T.P. Truck Equipment NASCAR Sportsman will be running a two-division program on Saturday, June 11 starting at 7:30 pm.

East Penn Manufacturing – DEKA Batteries will be on hand Saturday night for an employee recruiting night where they will be available to talk with, for people who are interested in becoming an employee of their company.

The pre-race Meet and Greet with Whippy from Low Down and Dirty will feature Modified driver Dylan Swinehart and Sportsman drivers Decker Swinehart and Dakota Kohler, all sponsored by DEKA. The Meet and Greet is held in the main gate area starting at 5 pm., and is a great time for fans to meet the drivers up close and collect some autographs.