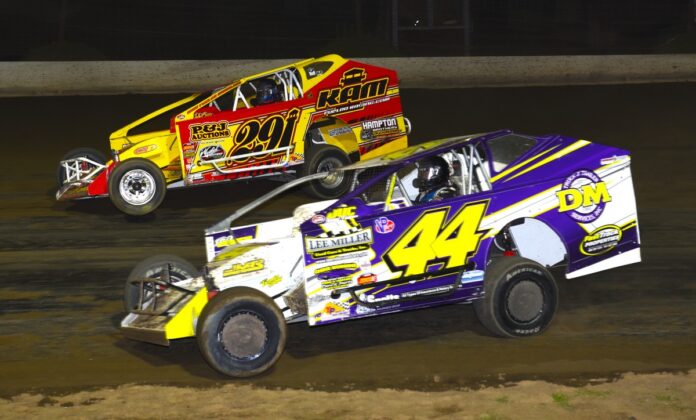 The T.P. Trailer NASCAR Modifieds and T.P. Truck Equipment NASCAR Sportsman will be part of the two-division program on Saturday, June 11 starting at 7:30 pm.

The program will consist of qualifying events leading up to the feature events, which will see the T.P. Trailer Modifieds compete in a 30-lap main event and the T.P. Truck Equipment Sportsman running a 25-lap feature race.

East Penn Manufacturing – DEKA Batteries will be on hand Saturday night for an employee recruiting night where they will be available to talk with people who are interested in becoming an employee of their company.

The pre-race Meet and Greet with Whippy from Low Down and Dirty will feature Modified driver Dylan Swinehart and Sportsman drivers Decker Swinehart and Dakota Kohler, all sponsored by DEKA. The Meet and Greet is held in the main gate area starting at 5 pm. and is a great time for fans to meet the drivers up close and collect some autographs.

Track management would like to give all race teams an update on the tire situation. Lias tires could only provide a partial delivery for this week or wait until next week for a full delivery. With that being the case, there will be no tire sales at the track this week, June 11. Tires sales will resume next Saturday when everyone will be able to purchase a tire for competition.

This Saturday night, drivers in both classes will be looking to top the Manmiller Family, after a rare situation occurred at Grandview last Saturday, where Doug Manmiller won the T.P. Trailer Modified feature for his 30th career victory, and his son Cody Manmiller scored his first career T.P. Truck Equipment Sportsman victory.

It was just the second time in the 60 years of Grandview track history that a father and son were able to win features in the same evening. The only other time it happened was June 20, 1998, when Randy Bailey and son Mike Bailey both captured a win in a NASCAR Modified double-feature program that evening.

In T.P. Trailer Modified action this year, Doug Manmiller became just the third driver to score a win this season. He has also been very consistent, scoring five straight top five finishes so far, placing him second in the point standings, just 11 points behind leader Brett Kressley. Kressley has also gotten his season off to a great start, finishing in the top ten in every point race and scoring one feature win.

The T.P. Truck Equipment Sportsman have been exactly opposite of the Modified division, having five different winners to date, with only Brian Hirthler able to repeat. Jordan Henn, Parker Guldin, Lex Shive and Cody Manmiller have also reached victory lane this season.

Other drivers looking to reach victory lane will be point leader Dylan Hoch. Hoch has been ultra-consistent so far, having finished seventh in the point opener, followed by four straight fourth place finishes, putting him on top of the standings. Kyle Smith has also been very strong so far, having a top ten finish in four of the five-point races to date and is currently the number two man in points.

These drivers will be joined by other top point drivers like Jimmy Leiby, Cole Stangle, Mike Schneck Jr., Dakota Kohler and Logan Bauman all looking to score a feature win. 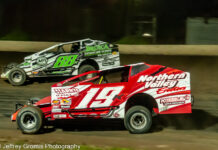