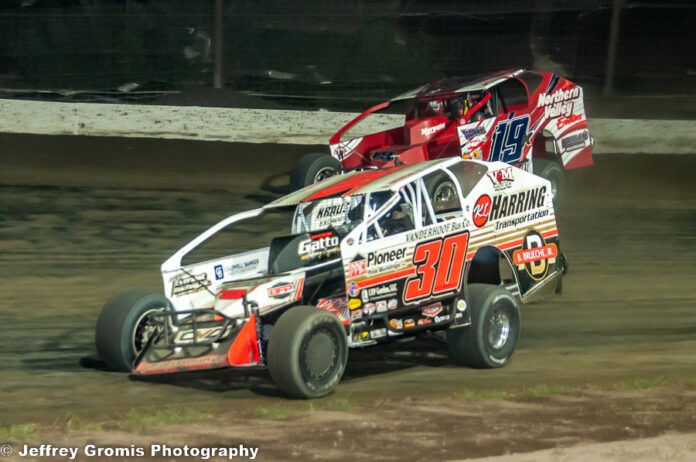 BECHTELSVILLE, PA – The 60th anniversary season of auto racing action at Grandview Speedway for the T.P. Trailer NASCAR Modifieds and the T.P. Truck Equipment NASCAR Sportsman concluded this past weekend with two thrilling racing events during the Freedom 76 weekend of action.

The annual Racer’s Fall Flea Market that was listed as tentative on the schedule for November, has been removed, and will not be held due to conflicts with fall racing events that are still being held.

This past Saturday night, 2022 T.P. Trailer Modified Track Champion Craig Von Dohren put an exclamation point on an outstanding season with the victory in the 52nd annual Freedom 76. With the win, it was Von Dohren’s ninth of the year in Saturday night competition, to go along with two Thunder on the Hill 358 Modified victories, and two wins in Big Block/Small Block Modified competition, including the Bruce Rogers Memorial Money Maker to open the season, giving Von Dohren a total of 13 wins overall on the season. This win total is one win shy of the all-time total for one year of 14 wins set by Ed Mumford in 1971. Von Dohren ends the season with a total of 130 career wins in 358 Modified competition.

Brett Kressley gave it everything he had in the final laps to steal the win away from Von Dohren on Saturday but came up just short of the big win. Kressley ended the year second in points, and had the second most wins, scoring four Saturday night point race wins and one Thunder on the Hill 358 Modified win for a total of five on the year giving the young star a Grandview 358 Modified total of 22 for his career.

Other drivers with one win during 2022 in T.P. Trailer Modified competition were Jared Umbenhauer, Doug Manmiller, Jeff Strunk, Ray Swinehart, and career win number one for Ron Haring Jr. Two other feature winners on the year included Billy Pauch Jr. and Alex Yankowski who joined Von Dohren as winners in the Triple Roaring 20’s Big Block/Small Block Modified Thunder on the Hill show in August.

The T.P. Truck Equipment Sportsman ended the season with a thriller as well, with an exciting Freedom 38 racing program. Ryan Grim scored the win in the competitive race over Logan Watt who made a run for the win in the closing laps. Grim became the 13th different driver to score a win during the 2022 racing season in T.P. Truck Equipment Sportsman action. 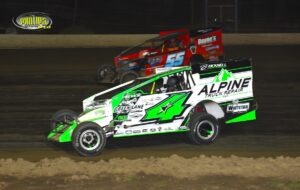 Brian Hirthler was the leading feature event winner in the division scoring six wins on his way to the championship. The six wins on the year gave Hirthler a career total of 18, which puts him in a tie with Jared Umbenhauer for the number one spot on the all-time Sportsman winners list.

The 602 Crate Sportsman ran three race events, with Dylan Hoch and Kevin Hirthler scoring wins, along with Ryan Grim in a Thunder on the Hill program.