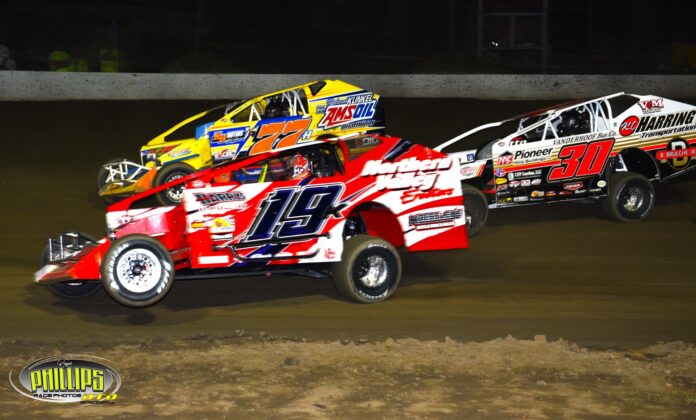 The Thunder Series started following a discussion on a summer night in June of 1990 at the Bally Hotel. Grandview Speedway owners Bruce and Theresa Rogers along with modified/sprint driver Dave Kelly and racing publicist Bob Miller created the series that endured thirty-three years and transformed continuously through its’ history. What started as a stand alone 410 Sprint Show, evolved to be so much more, presenting CRA, SCRA and USAC Non-Wing Sprint events as well as World of Outlaw Sprints & Late Models, Super DirtCar Series and ROC Modfieds, a URC/ESS Challenge event, 358 Sprints, Legend Cars, SpeedStrs, the Traffic Jam, the Five 25’s, the Triple Roaring 20’s, the 358 Modified Tri-Track Series and the first time presentation of the Balls to the Wall Modified Invert Race. In total, 149 Thunder Series events were presented with a payout out in excess of $5.3 million dollars.

The drivers who found the Thunder on the Hill victory lane is a list of stars most tracks and organizations would only dream about, not to mention the line-up of talent that started Thunder events that are still looking for that coveted first win.

We are pleased to announce that Thunder on the Hill will again open the USAC National Non-Wing Eastern Storm set for Tuesday night, June 13.

A date also confirmed in the PA 410 Sprint Car Speed Week Series event, the Greg Hodnett Cup is set for Tuesday night, June 27 and will again pay $10,000 to the winner.

Several other dates are in the planning and will be finalized when the 2023 Grandview Speedway Schedule of Events is released.