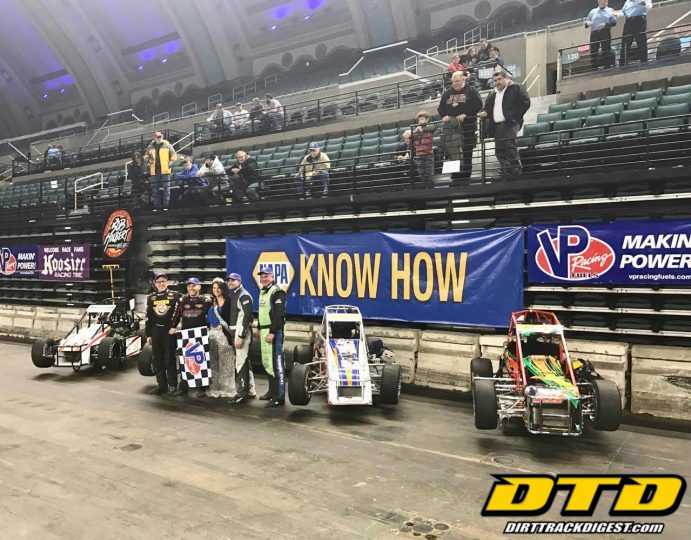 Bonsignore and Christopher were the winners of the first two TQ Midget 20-lap A-Main Qualifiers. Bonsignore passed race leader Jimmy Blewett to win the first race, then held off Ryan Tidman and Blewett to secure the win.

“Jimmy was really tight in the corners and I was able to set him up,” Blewett said. “Great to win it.”

“It doesn’t mean much really,” Christopher said. “Other than getting in the feature.”


In the third and fourth races, Zane Zeiner and Mike Iles were the victors. Zeiner passed leader Earl Paules twice, once for the lead and a second time when a spin negated the pass and Zeiner had to do it a second time.

“We have changed everything on this car more than once,” Zeiner said. “The track is pretty good for us now. I hope it stays that way.”

“These cars are physical,” said a tired but smiling Iles. “I have sold off the Modifieds but I think I’ll spend a few more years driving these cars.”

Slingshots and Champ also figured in the Friday action.

The NAPA Know How Racing Weekend in Boardwalk Hall continues tomorrow, Saturday, with the running of the 15th annual Gambler’s Classic. Champ Karts and Slingshots will also compete in feature races.