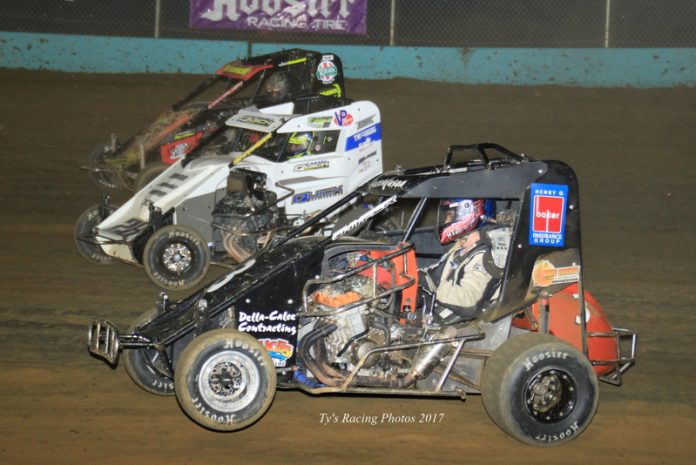 TRENTON, NJ – While the first East Coast Indoor Dirt Nationals is two months away on Friday, December 1 and Saturday, December 2, 2017 interest for the event at the Sun National Bank Center in Trenton, N.J., is already ramped up. Entries became available last week and they began to arrive quickly.

Billy Pauch Jr., an outstanding dirt Modified driver as well as 600cc Micro Sprint competitor was among the first entries received. While the Frenchtown, NJ ace already has a top ride, other well-known drivers are looking for a ride.

Erick Rudolph of Ransomville, NJ is one such driver. Currently enjoying a career year in dirt Modified competition with 14 victories, Rudolph also has a ton of indoor racing experience. He’s won eight indoor TQ Midget races held on the arena concrete floors including one at Trenton and he’s a former series champion. Davie Franek, a two-time URC 360 Sprint Car champion and this year’s king of at Pa.’s Selinsgrove Speedway has also asked to have his name considered for a ride.

The race, a first of its kind in New Jersey, will feature the Wingless 600 Micro Sprints, is being produced by Len Sammons Motorsports Productions as one of four Indoor Auto Racing Series Fueled By VP Racing Fuels events. It will be the only event on the series held on clay surface and it will not count towards the overall series point championship.


Because of space constraints, the number of Wingless 600cc Micro Sprints is limited to the 100 entrants and therefore, Micro Sprint teams are urged to file entries as soon as possible to avoid being shut out.

Entry fee is $100, Eligibility for the optional Gamblers enrollment is $100. Pit passes, sold only at the event are $60 for a two day pass and $40 for a single day.

The schedule of events calls for heat races awarding passing points and four A-qualifier feature races on Friday night. On Saturday ‘Alphabet mains’ will determine the starting lineups with racers having the opportunity to advance from F, E, D, C, and B to the 40 lap A-Main.

Saturday’s A-Main will pay its winner $5,000 to win (for enrollees in the Gamblers program). Fifth place pays $1,000. Twenty four starters will take the green flag in the A-Main with $200 offered up to start the event.

Contingency award sponsors to enhance driver payouts and a title sponsor for the event are being sought. Sponsorships are available for all events. For information, e-mail Danny Sammons at danny@aarn.com.

Tickets for both days of the event are available at the Sun National Bank Center Box Office, online at sunnationalbankcenter.com or by phone at 800-298-4200.

For information on the limited number of luxury suites, e-mail Andrew_Sklarz@comcastspectacor.com or call 609-656-3234..

For details on group ticket sales for this race, e-mail Chad_LeVan@comcastspectacor.com.