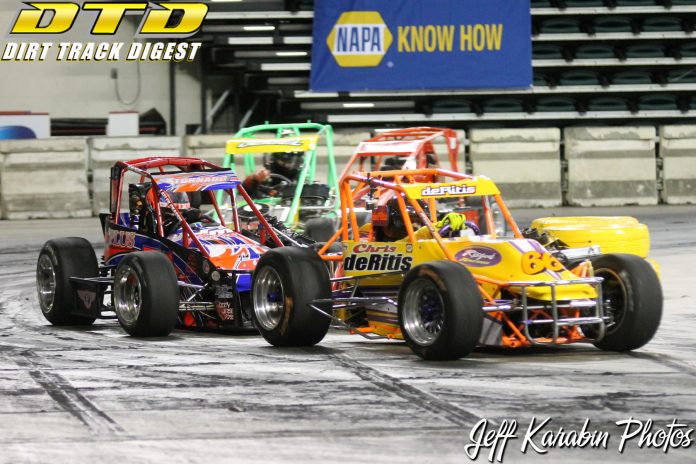 TRENTON, NJ – The level of interest for the First Annual Albany Indoor Race has now attracted its first event sponsor in Madsen Overhead Door. The Friday and Saturday, February 9-10, 2018 event inside the remodeled Times Union Center in downtown Albany, N.Y. will be the first of its kind in New York State since early spring, 2002. Race fans in New York State will be able to experience the thrill of high-speed auto racing in the dead of winter much like they did for many years at the opposite of end of the state at the Niagara Falls Convention Center where races were annually held three times annually.

The Indoor Auto Racing Series Fueled by VP schedule calls for racing to start at 7:30 pm on Friday and 7:00 pm on Saturday. Three Quarter (TQ) Midgets will headline the program that will include the Slingshots with qualifying and feature events both days. An on the track fan fest will be held on Saturday night. The Albany race is the finale of the Indoor Auto Racing Series Fueled By VP Racing Fuels season and will be the site for the crowning of the 2018 Series champion.

Madsen Overhead Door, which been a prominent supporter of dirt track race teams for many years, including the efforts of 2017 Lebanon Valley Speedway track champion Brett Hearn. They have signed with the Indoor Auto Racing Series to market their company as the Presenting Sponsor of the Saturday night racing program. The company, which began business in 1954, is a family owned, third generation enterprise located in Columbia County, NY in the foothills of the Berkshires. Madsen Overhead Door is recognized for selling and installing high quality overhead garage doors and electric operators with fast, friendly service for residential and commercial needs. The firm serves the Albany Capital District, a wide swath of New York State, as well as western Massachusetts and northwestern Connecticut.

“The best seats sell out quickly at all of our races,” said event promoter Len Sammons. “And with Albany being a totally new race, tickets will be moving fast.”

The Indoor Auto Racing Series opens its 16th year with the highly anticipated East Coast Indoor Dirt Nationals on Friday and Saturday, December 1-2, 2017 inside the Sun National Bank Center near the State Capital Building in Trenton, N.J. This event is also new, however, the Sun Center has hosted TQ Midget racing on the arena concrete floor for the past four years.

The dirt race, a first of its kind in New Jersey, will feature Wingless 600 Micro Sprints. A huge field, strictly limited to the first 100 entrants will be in action both days. For choice tickets, contact the Sun National Bank Center Box Office by phone at 800-298-4200, online at sunnationalbankcenter.com.

The first Indoor Auto Racing Series 2018 point race of the year will be held on Friday and Saturday, January 5-6, 2018 inside the PPL Center in downtown Allentown, Pa. when the third annual Ironton Telephone sponsored races are held. The two days of racing consist of a complete program of racing for TQ Midgets both nights. Slingshots and Champ Karts will also be in competition. An on the track fan fest will be held on Saturday night. Tickets for premium seats are expected to go quickly. Early ticket purchase is advised. Racing starts at 7:30 pm on Friday and 7 pm on Saturday. For choice tickets, contact the PPL Center Box Office by phone at 610-347-TIXX (8499), online at pplcenter.com.

The series then moves to Atlantic City, NJ for the 16th annual Gambler’s Classic. The NAPA Auto Parts sponsored race weekend features racing on Friday and Saturday, January 26-27, 2018 inside historic Boardwalk Hall. Once again the TQ Midgets will be the spotlight as part of a triple-header that includes the Slingshots and Champ karts. For choice tickets for NAPA Auto Parts Indoor Auto Racing Weekend, contact Ticketmaster, the Boardwalk Hall Box Office, or the Area Auto Racing News office at 609-888-3618.

Event and series sponsorships is available by e-mail to Danny Sammons at danny@aarn.com or calling 609-888-3618. 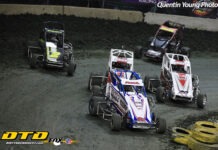 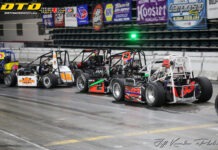