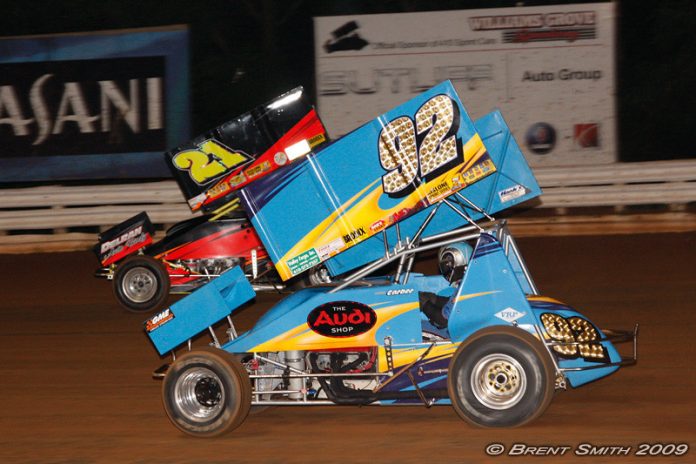 TRENTON, NJ – A pair of dirt track racing brothers, Michael and Brian Carber have each filed entries for the inaugural East Coast Indoor Dirt Nationals Fueled By VP Racing Fuels which will be held at CURE Insurance Arena in Trenton, N.J., on Friday and Saturday, December 1st and 2nd.

Get your tickets now, don’t risk standing in line. This one is going to be huge!

The event, the only indoor dirt oval track race in the northeast, has drawn tremendous competitor and race fan interest.

Rich black clay has been ordered and the track crew is preparing to make it banked, smooth, tacky and fast. Race teams have responded by entering their 600cc Micro Sprints for top drivers in big numbers making this a must see event.

The Carber brothers, Michael, 30 and Brian, 23, come into the event with considerable Dirt Track Micro Sprint racing on their side, an advantage that could be huge. The Carbers are natives of the Pipersville, PA area.

Michael Carber will be driving a car owned by Jason Higdalski.

“This actually started out as kind of a gag between me and Ryan Flores,” Carber said. “He said he was trying to hook up a Micro ride so I decided to find one too. I got mine, he had to back out on his, but I’m going ahead with it.”

Both Carber and Flores are involved as crewmen on NASCAR’s top tier series teams owned by Roger Penske and live near one another in Mooresville, N.C.

Carber has won races in every type of racing he has competed in, including Quarter Midgets, Micro Sprints, and 305, 360 and 410 Sprint Cars.

When Brian Carber learned of his older brother’s intentions, the Micro Sprint and URC Sprint ace decided to put together a deal for himself too. The younger Carber will strap into a Hyper Chassis owned by Eric Gable. The younger Carber has been racing Micros and Sprint Cars.

Ability and experience aside, the Carber brothers will be facing some formidable competition at the inaugural East Coast Indoor Dirt Nationals Weekend.

Four ARDC Midget car driving champions, Alex Bright, Trevor Kobylarz, and the Buckwalter cousins, Steve and Tim, all have eyes on contending for the $5,000 first place prize. Each could be expected to have an edge over the competitors who do not have their background.

Entries have already been received from competitors in New Jersey, Pennsylvania, New York, Delaware, Colorado, Connecticut, North Carolina, Massachusetts and New Hampshire.
The field includes the best of Micro Sprint racing, plus top drivers from many other forms or racing that have landed rides for the event. The list includes three top Sprint Car drivers.

In response to the all-new nature of the event and the wide array of drivers who have entered, Sammons has added a Thursday night practice session to the schedule. The session will take place on Thursday, November 30.

Though the East Coast Indoor Nationals is a brand new event, the CURE Insurance Arena (formerly Sun National Bank Center), has hosted TQ Midget racing for the past four years on the arena’s concrete floor.

The racing schedule will tentatively call for heat races with passing points and four A-qualifier feature races on Friday night. On Saturday it will be “alphabet mains,” with racers having the opportunity to advance from F, E, D, C and B-mains to the 40 lap “A” feature.

The agenda calls for racing to start at 7 p.m. on Friday and 5 p.m. on Saturday.

Oliver Communication Group (OCG) of Bordentown, N.J. has signed on as an associate sponsor of the event. Other sponsorship packages remain. 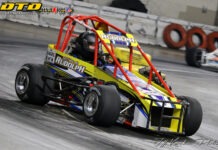 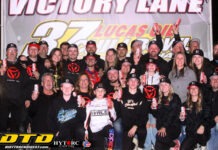