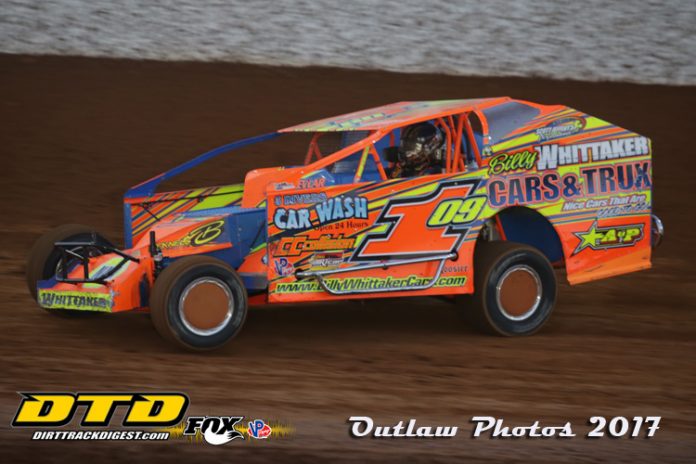 Jankowiak will be in the field when the series opens for 2018 at the PPL Center in Allentown, PA., for the Ironton Telephone sponsored events on Friday and Saturday, January 5 and 6. He’ll be returning to run them in a car he built last year that was blindingly fast yet balky to the point of intense frustration for the Buffalo, N.Y. area wheelman and huge fan favorite.

“The car is just about ready and the motor is in Texas being freshened up,” Jankowiak said. “It’s a one-off car. We did a lot of rethinking and re-engineering on it since it was first built.”

Jankowiak characterized his 2017 Indoor Auto Racing Season finale in Atlantic City with the car as one with mixed results.


“We had ignition problems with the car last year but was fast when we got that figured out,” Jankowkiak said. “I got a late start on the car, put it together and cut it apart a couple of times. It’s all my design and it was fast. This year, I’ll be ready.”

While Allentown will be his first attempted conquest, Jankowiak is focused on Atlantic City’s Boardwalk Hall. That’s where he won his first A-Main TQ feature, on Jan. 14. 2015. A year earlier, Jankowiak won an A-Main in Trenton.

As much as Jankowiak wants to win, he will be competing against nearly 60 drivers and teams who are just as determined to take the top prize.

For the TQ Midget indoor series he’ll be racing on the concrete floors of the three arenas with a Mark Lafler chassis/ Dave Pippard engine car. Maresca ran this car for the first time last year, at Atlantic City where he finished 13th.

Both drivers will also be a part of NAPA Know How weekend inside Atlantic City’s Boardwalk Hall January 20th and 21st. They are also really looking forward to a home game for them when the series make its first ever visit to Albany, New York’s Times Union Center on Friday and Saturday, February 9th and 10th.

Erick Rudolph of Ransomville, N.Y., an eight time winner and three time Indoor Racing Series champion, is also going to be among the men to beat. He will be coming off a career best outdoor season on dirt that produced 17 wins and the BRP Modified Tour championship.

New Jersey native Ryan Flores of Mooresville, N.C., the 2017 series champion, is also eager to get back to Allentown where he sweep the two features held a year ago.

New England Asphalt Modified specialist Keith Rocco has plans to run in the Indoor Auto Racing Series trio of races for the first time in his career.

Rocco, who will be making his TQ Midget Indoors debut, has acquired the car Ryan Preece has raced in recent Indoor races with considerable success.

With a top car underneath him, Rocco, of Wallingford, CT, who won track championships this season at Waterford Speedbowl, Thompson Motorsports Park and Stafford Motor Speedway, is certain to rank among the pre-race favorites.

Preece, a NASCAR Xfinity Series winner this year, recently announced that he will drive a car owned by Donnie Preece, Ryan’s uncle. Donnie Preece acquired sole ownership of the car from the late Ted Christopher’s wife Quinn shortly after the racing legend’s death in a private plane crash.