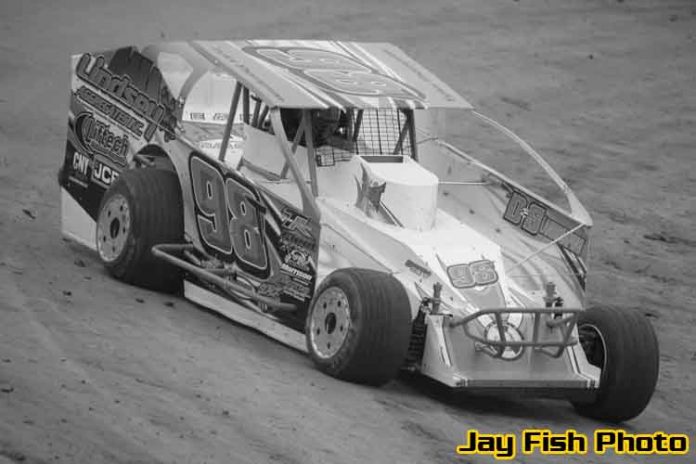 ALLENTOWN, PA – Eight talented teenagers are among the 50  TQ Midget competitors who have entered the 2018 Indoor Auto Racing Series fueled by VP that will begin it’s season on Friday and Saturday, January 5th and 6th inside Allentown, Pa.’s PPL Center.

Each of these young drivers are confident of success – despite what is certain to be the toughest competition they will have yet faced in their budding careers.

Local driver Briggs Danner, 16, of Allentown parlayed a Quarter Midget driving career into a fourth place finish in his rookie season at Kutztown’s Action Track, USA in the tough SpeedSTR class.  The third generation driver also made his debut this year in the Sportsman division at nearby Grandview Speedway.

Danner, with support from Ironton Telephone, the sponsor of the Allentown Indoor race, will be making his first ever start indoor and in a TQ Midget.

Cerubic Andrew Molleur, at age 15, is even younger. Molleur also graduated from Quarter Midgets. The Shelton, CT high-school student moved into the the asphalt SK Modified division this season at Waterford Speedbowl where he was a three time feature winner and just missed out on the championship.


Tyler Thompson, 17, from Fulton, N.Y., spent the 2017 season racing dirt Sportsman cars throughout New York State and at Canada under the Team Tapout Race Team auspices. Thompson made a late season start at N.J.’s Bridgeport Speedway and was a contender for victory.  Thompson’s family has purchased the second of two Jimmy Blewett Lafler chassis cars for hisTQ debut. Thompson was fast in his indoor series debut last January in a Champ Kart inside Atlantic City’s Boardwalk Hall.

Cole Mullen, 17, was a contender for the 2017 ATQMRA Rookie of the Year honors during the outdoor season. The second-generation driver from Brick, N.J. finished one spot behind the top rookie in the tenth spot in the standings. Cole finished one position ahead of his father, Ronnie, who was also an ATQMRA rookie this past year.

The Catalano brothers, Tommy. 19 and Timmy. 17, are third generation runners out of Ontario N.Y. The brothers compete weekly during the outdoor season against their mother Amy in asphalt Modified competition in western New York. Tommy, a regular on the Race of Champions series, won the Spencer and Holland Speedway track championships this season.

Tommy nearly won the 2017 Ironton Telephone Allentown TQ Midget race before settling for a hard earned podium finish. Timmy made his debut in the 2017 Atlantic City event and proved to be a quick study.

Another second generation entrant, Anthony Payne 18. of Fair Lawn, N.J., also has prior Indoor Auto Racing Series experience.  As an entrant in the 2017 races, Payne learned the intracacies of driving TQ Midgets on tight concrete courses from his father Joey, an accomplished TQ Midget and Full Size Midget multi-time champion.

The Paynes, father-and-son, are a formidable team. Joey Payne, in fact, is a two-time Indoor Auto Auto Racing Series winner, in the Atlantic City Gambler’s Classic (2004, 2007).

For one of the teenage-sensations to win on the series they’ll have to beat experienced, proven winners including defending series champion Ryan Flores of Mooresville, N.C. who won both  events in Allentown last year. Erick Rudolph, whose 2017 Atlantic City win gave the Ransomville, NY driver a series high eight indoor victories can never ben counted out. His win total also includes a win in Allentown the previous season.

Anthony Sesely, three time Atlantic City winner, will return to his own No. 16 full-time this season.
Canadian Super Modified ace Mike Lichty is a former series winner who rejoins the series this year with a brand new car. Tim Buckwalter of Royersford, Pa. comes to Allentown after winning both the SpeedSTR and 600cc Micro Sprint title in 2017 at the Kutztown Action Track.

Preece, a NASCAR Xfinity series winner this year for Joe Gibbs Racing,  wlll be driving the same car that was designed and built by Donnie Preece and the late Ted Christopher.  It will be repainted white and will carry the same number 6 that Preece for Ed Partridge to the NASCAR Whelen Modified Touring Series car owner title. Bonsignore finished second to the team in the NASCAR standings.

For choice tickets, contact the PPL Center Box Office by phone at 610-347-TIXX (8499), online at pplcenter.com.  Those wishing to avoid online fees may purchased directly at the Box Office, but are encouraged to do so in advacen, the 2016 event was a sell-out.