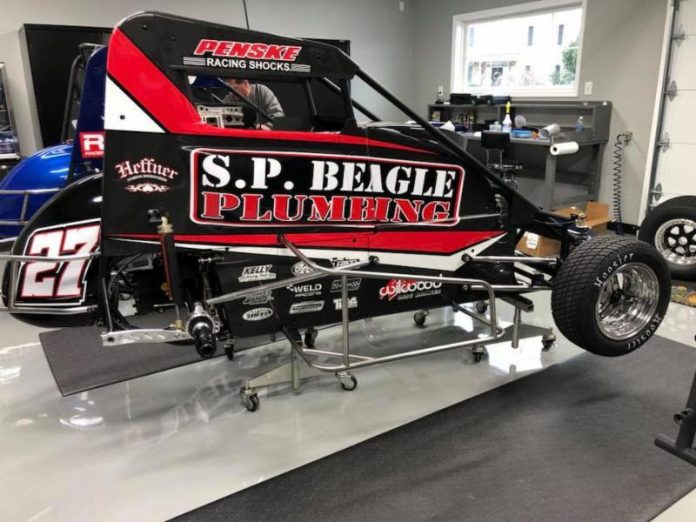 With less than two weeks away the 32nd Annual Lucas Oil Chili Bowl Nationals will be underway in Tulsa, Oklahoma January 9-13.

For the fifth year in a row, Heffner Racing Enterprises will once again be fielding a car for the crown jewel of midget racing, but this year with a new driver behind the wheel.

The hot shoe out of Cullman, Alabama, Kevin Thomas Jr. will be piloting the Heffner Racing No.27 midget during the famed event.

Sean Michael, head wrench of the No.27, doesn’t think there’s anyone better he’d want to have strap in the car.


“We were looking for a driver because Larry couldn’t do it this year,” Michael said. “You can’t go wrong with Kevin. He has a lot of experience behind non wing cars and is really good.”

Thomas has competed in the famed event six times but has yet to make it past the B-Main.

“I have a good car that’s shown potential,” added Thomas. “Wight did a good job last year so I know it’s capable of making the show. We just have to stay out of trouble and do what we need to do.”

Last year saw Larry Wight piloting the No.27 to a top-12 finish in the A-Main.

Due to a baby on the way, Wight will be unable to compete in this year’s event.

“It’ll be a good fit,” added Thomas. “I’ve enjoyed talking and working with Sean so far. I like the way he works – he’s very adamant about doing things the right way. I think it’ll be a good combination.”

Thomas strongly believes they’ll be a force to be reckoned with if they put the No.27 into the show.

“I think if we can get into the show we’ll have a good shot at running up front,” Thomas said. “There’s a lot of things that need to go your way there. We’ll just have to take it as it comes. Each race counts and each car counts.”

Michael, who has been housing the car in his race shop in Pennsylvania, says they’re in good shape.

“We learned a lot last year,” he said. “The motor got hot in the feature which hurt us a little bit. It was a new car so we learned a lot and have made some changes going into this year. We just have to get Kevin comfortable and we’ll be good.”

The opportunity wouldn’t be possible without the support of S.P. Beagle Plumbing for coming onboard with Thomas for the Chili Bowl as well as Unique Breedz and Angle Buildings.

“We just built a relationship with S.P. Beagle Plumbing at the end of this year,” he said. “They helped me out for the Oval Nationals and California Sprint Week. We stayed in touch after that and they decided to come onboard for this race. I think they’re a great fit.”