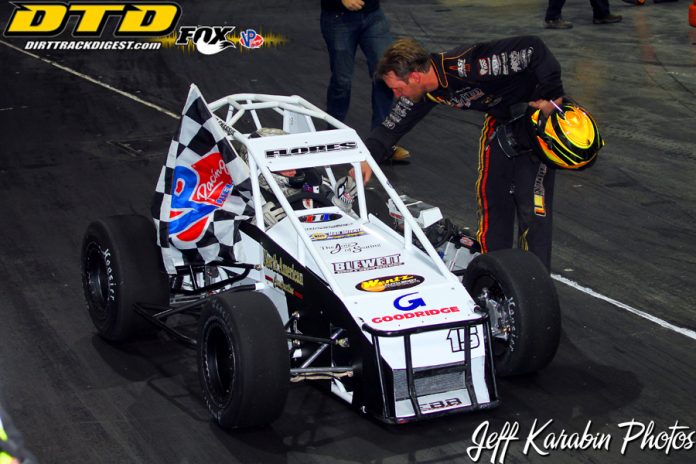 Over 50 TQ Midget teams are entered for two nights of competition. Ryan Flores, of Mooresville, N.C., who swept both races in Allentown last year on route to the Indoor Series championship is among the favorites.

Erick Rudolph, of Ransomville, N.Y., a three time Series champion and winner of eight A Main Indoor TQ feature wins, cannot be counted out as well. Rudolph, coming off a 17 win season and dirt Modified Touring Series title, was the winner of the Allentown inaugural in January of 2016.

Canadian Super Modified ace Mike Lichty is a former series winner who rejoins the series this year with a brand new car Dart chassis TQ Midget. Tim Buckwalter of Royersford, Pa. comes to Allentown driving Lou Cicconi’s famed No. 75 after winning both the SpeedSTR and 600cc Micro Sprint title in 2017 at the Kutztown Action Track.


Anthony Sesely, of Matawan, N.J., three time Atlantic City winner, will return to his own No. 16 600cc Micro Sprint full-time this season. Despite racing against 750cc powered cars, Sesely has proven to be very successful with the combination.

Dirt Modified ace Danny Bouc of Pipersville, Pa., a three time dirt Modified Stock Car feature winner at New Egypt Speedway in 2017 and the third ranked driver in season standings, has filed an entry.  Bouc is experienced in Indoor racing, but with Champ Karts. This will be his first TQ event. His car is identical to Sesely’s Hyper 600 car.

Eight talented teenagers are among the TQ Midget competitors as well.

In addition to the diversity of driving talent entered from across the entire spectrum of short track racing, many new cars, some wholly different others new tweaks on existing, proven designs, have been built.

The January 5-6, 2018 Ironton Telephone Allentown event schedule calls for racing to start at 7:30 p.m. on Friday and 7 p.m. on Saturday.

Three Quarter (TQ) Midgets will run a full program of racing with feature events both nights.

On Friday, the TQs will be joined by Champ Karts who will be racing in a complete show.  Well over 30 entries have been filed for the first of three Indoor Series events for the Champ Karts sponsored by Hoosier Tire.

On Saturday, the Slingshot class backed by the Action Track, USA Kutztown Fairgrounds, will join the TQ Midgets. A full field of over 30 entrants is poised for the PPL Center Ironton Telephone/ Avaya Slingshot opener.

For choice Ironton Telephone Allentown Indoor race tickets, contact the PPL Center Box Office by phone at 610-347-TIXX (8499), online at pplcenter.com. Those wishing to avoid online fees may purchase directly at the Box Office, but are encouraged to do so in advance to avoid possible box office lines the day of the event.

Information including ticket and hotel links is available at indoorautoracing.com