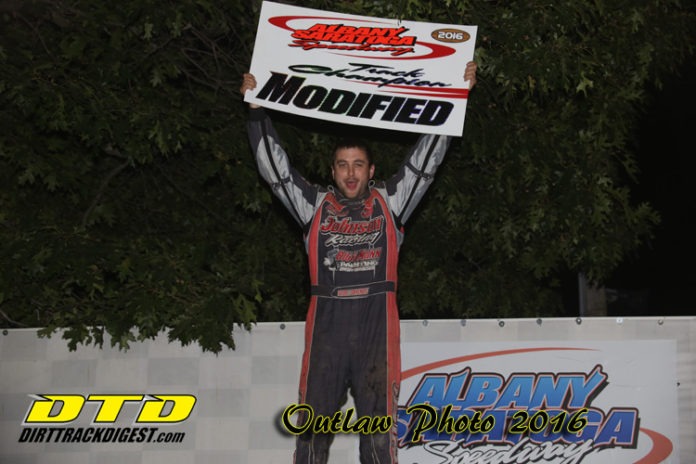 Johnson will be driving the highly regarded Sharpe-Shifter Motorsports No. 21 TQ Midget owned by Ken Sebring. The effort will be supported by BOSS Mechanical.

“It’s a great opportunity for me to race in front of a hometown crowd,” Johnson said. “I’ve never run a TQ Midget and never run indoors but I do have Quarter Midget experience and have run a Modified at Albany-Saratoga a few times when they went back to asphalt for a year. That should count for something. I know the car is a good, fast piece.”

Car owner Ken Sebring is enthused to obtain the services of proven winner Johnson so late in the game.

“From everything I know about Marc and from talking to him when he came my shop, I think we can be very competitive. Bobby Holmes, my regular driver who raced the car in Allentown, won’t be able to make the Albany race because of work commitments. There were a lot of different guys who had called about the ride in my car but to me, Marc is the best. He’s a proven competitor and he really wanted to do this race since it’s right in his backyard,” Sebring. said.


Johnson said that his hometown of Guilderland is no more than fifteen minutes from the Times Union Center.

“It’s a home game for me,” Johnson said. “That’s one of the reasons why I wanted to do it. To be honest, I don’t have any expectations, want to qualify for sure and then have a good race.”

Another Capital District area entrant is Albany-Saratoga Modified 2018 feature winner Demetrios Drellos of Queensbury, N.Y. Drellos has entered the competiton in the Slingshot division, which is where he first excelled before moving into Dirt Modified racing two years ago.

On the TQ side, Donnie Preece, owner of the No. 6 TQ Midget driven by his nephew Ryan in Allentown and Atlantic City, will have past NASCAR Whelen Modified Touring Series champion Ron Silk behind the wheel.

The driver who will be chased the most in the TQ Midget ranks is the one with the most at stake, Indoor Auto Racing Series points leader Justin Bonsignore of Holtsville, Long Island, N.Y.

Bonsignore, who finished third in the NASCAR Whelen Modified Tour points last year, has his sights set on the championship. If he succeeds, he’ll earn the TC Cup. emblematic of excellence in Indoor TQ racing and presented in memory of the late Ted Christopher, an eight time Indoor Auto Racing Series A-Main winner.

The wild card for the TQ Midget drivers and their teams is the fact that the Times Union Center is a first-time venue: no one knows exactly how the track will develop and to what extent it will change over time.

While unusual, Indoor Auto Racing is not unprecedented in the state of New York.

Throughout decade of the 90s up to and including 2002, the Nigara Falls Convention Center hosted Indoor TQ Midget events several times each winter. The development of casino gambling ended the Niagara Falls racing.

Now, through the efforts of Len Sammons’ Indoor Auto Racing Series, Empire State auto racing in the winter has been resurrected.

The TQ Midgets will be supported by the Slingshot both nights and the Champ Karts were recently added as a Saturday night bonus. Both of the undercard divisions have full fields of 30 teams registered.

The Friday, February 9 schedule of events calls for time trials and qualifying races for both TQ Midgets and Slingshots. Doors open at 6:30 PM Friday with racing beginning at 7:30.

On Saturday, February 10 doors open at 6 PM with racing beginning at 7 PM. All three divisions the TQs, Slingshots and Champ Karts will compete on Saturday night.

Choice tickets for both days are available at the Times Union Center Box Office, charge-by-phone at (800) 745-3000, or at Ticketmaster.com. 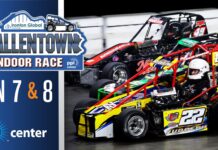