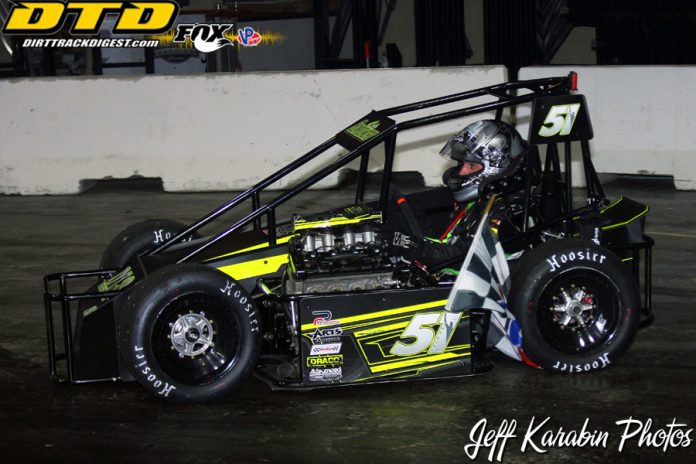 Tickets for the fifth annual event will go on sale on September 18th at the PPL Center box office. Tickets are also available at www.pplcenter.com or by calling 610-347-TIXX.

Once again two complete racing programs including qualifying and feature events will be held on back-to-back nights headlined by the Three Quarter (TQ) Midgets. They will be joined by the Champ Karts on Friday night’s card and the Slingshots on Saturday.

Erick Rudolph of Ransomville, N.Y., one of the winningest dirt Modified drivers during the 2019 outdoor season, is the defending Indoor Series champion. Rudolph clinched the title by winning the 2019 series finale in Syracuse, N.Y.

The Indoor Auto Racing Series will return to the same four venues in 2020. After the two event opener in Allentown, Pa., the “Concrete Series” moves to Atlantic City’s Boardwalk Hall on Friday and Saturday January 31st and February 1st for the 18th annual NAPA Auto Parts Classic. Tickets for this event went on sale Wednesday, August 21st.

A special non-point event will be held on a banked clay oval. The third annual East Coast Indoor Dirt Nationals will return to CURE Insurance Arena in Trenton, N.J. with a new date. This event, held the last two years in December, has been moved to Friday and Saturday nights February 21st and 22nd featuring nearly 100 wingless 600cc Sprints kicking up the clay!

Ticket launch dates for Trenton, N.J. and Syracuse, N.Y. events will be announced at a later date.

Complete information including special host hotel rates go to www.indoorautoracing. Corporate sponsorship packages to fit every budget and group sales information are available for all events. For information, email or call the series office at Danny Sammons at danny@aarn.com, 609-888-3618.