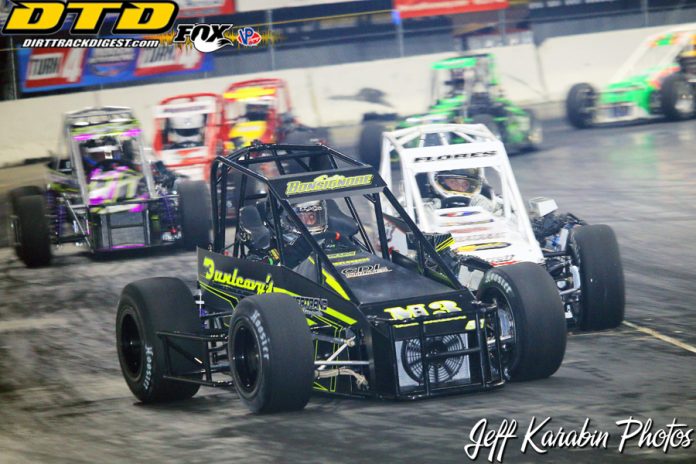 ALLENTOWN, PA –  BELFOR Property Restoration Services, provider of professional 24/7 residential and commercial restoration services has signed on as a sponsor of the ‘Concrete Series’ events of the 2020 Indoor Auto Racing Series Fueled By VP Race Fuels.

BELFOR, a single-source solution for all residential and commercial property restoration needs, will be the presenting sponsor of events held in three different states. The series opens at the PPL Center in downtown Allentown, Pa. on Friday and Saturday, January 3rd and 4th, 2020. The series then moves to Atlantic City, N.J. on January 31st and February 1st followed the series finale in Syracuse, N.Y. on March 13th and 14th.

A fourth event, a special non-point event for 600 wingless Sprints will be held on a banked clay oval built inside Trenton, N.J.’s CURE Insurance Arena on February 21st and 22nd.

Tickets, which make great Christmas gifts, can be obtained now through information available on the series web-site: www.indoorautoracing.com

The Concrete Series opener at the PPL Center in Allentown the first weekend of 2020 will once again feature two complete racing programs including qualifying and main events on back-to-back nights headlined by the TQ Midgets. They will be joined by Champ Karts on Friday night’s card and Slingshots on Saturday.

Racing then moves to Atlantic City’s Boardwalk Hall on Friday and Saturday January 31st and February 1st for the 18th annual NAPA Know How Classic. Andy Jankowiak of Buffalo, N.Y. won the 2019 event for the first time.

The third annual East Coast Indoor Dirt Nationals will return to CURE Insurance Arena in Trenton, N.J. with a new date. This event, held the last two years in December, has been moved to Friday and Saturday nights February 21st and 22nd featuring nearly 100 wingless 600cc Sprints kicking up the clay.

Erick Rudolph of Ransomville, N.Y., one of the winningest dirt Modified drivers during the 2019 outdoor season, is the defending Indoor Series champion. Rudolph clinched the title by winning the 2019 series finale in Syracuse, N.Y. after 2018 NASCAR Whelen Modified Tour champion Justin Bonsignore won the first ever event in the building on Friday night.

A new sponsor for the Allentown event will be Aqua-Duck Water Transport “I Got Hosed” award. The company, owned by Modified driver Todd Baer, will present $150 to the Hard Luck driver each night of the event.

Other corporate sponsorship packages which include signage and a promotional table at an event are set to fit every budget is available by email or calling the series office at Danny Sammons at danny@aarn.com, 609-888-3618.

Information on sponsorship, host hotels, group sales and entries are now available for all events at www.indoorautoracing.com.