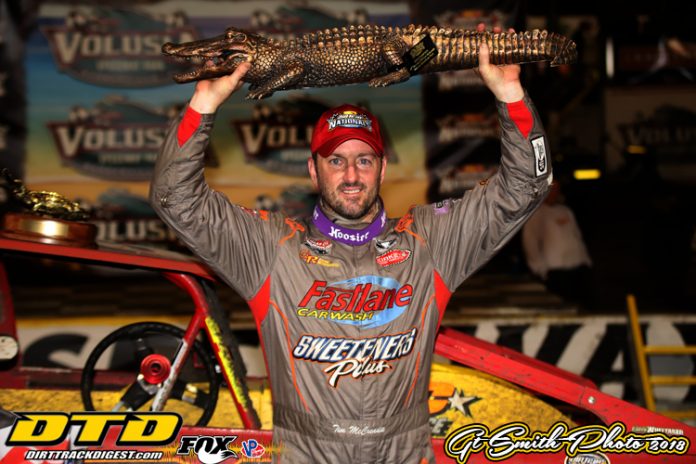 TULSA, OK – The field that will comprise the 14th annual Vacuworx Invitational Race of Champions (VIROC) has been set and is stacked with talent. Taking place during Monday’s Cummins Qualifying Night, the 2022 field was scheduled for 15 drivers, but a change by the Chili Bowl will see an additional three added to the lineup.

“When we changed up the VIROC, and adjusted the qualification standards in 2020, we said then that we would adjust if we saw a need, and we are taking the opportunity to change up and add drivers that deserve to be in the Race of Champions,” explained Chili Bowl Director, Matt Ward

“It’s something every year that we’ll do is look through the entry list once we get closer to the event and see if there is anyone that’s not already in that we feel deserves to be.”

For the 2022 edition, the Chili Bowl looked through the field and decided on three additional champions from the Lucas Oil Late Models, NASCAR Cup Series, and the Lucas Oil Chili Bowl Nationals. Those are Tim McCreadie, Chase Elliott, and Sammy Swindell.

On the three choices, Ward explained, “Sammy needed to be in. You don’t win this race once, much less five times by luck. He’s part of what made the Chili Bowl. That was the first one. Tim McCreadie winning the Lucas Oil Late Model Championship, plus being a Chili Bowl needed to be in, and since the current NASCAR Cup Series Champion is the defending Chili Bowl Champion, we went back to 2020 since Chase Elliott is part of this year’s event.”


The complete list of drivers invited to compete in the VIROC include:


The standards for an invitation are:

• Drivers finishing in the Top 3 of Saturday night’s A-Feature during the previous five Chili Bowls will be eligible.

• Drivers finishing in the Top 2 of the past five VIROC events will be eligible.

• Preliminary Night Winners from the most recent Chili Bowl will be eligible.

• Champions of other Tours and Series may be added at the Chili Bowl’s discretion.

• No Driver substitutions or alternates from a sanctioning body will be allowed.

• Starting Lineup for the VIROC will be set by Group Qualifying. Drivers will draw for their qualifying position, then qualify in groups of three to four. Drivers will get two warmup laps, then three green flap laps to set their time. The Top 8 fastest will be inverted with the ninth fastest on back lined up straight up by their time.

The 2022 Lucas Oil Chili Bowl Nationals presented by General Tire takes place January 10-15, 2022, atop the clay of the Tulsa Expo Raceway. The event is contested under the massive roof of the SageNet Center in Tulsa, Okla.

Monday and Tuesday Reserved Seats are on sale by calling (918) 838-3777. Scattered single seats (no pairs) for the whole event are also available. The offices of the Chili Bowl Nationals are open Monday-Friday from 9:00 A.M. to 5:00 P.M. (CT). Pit Passes are sold at the event and can be purchased for single or consecutive nights.

Fans not able to attend the 36th annual Lucas Oil Chili Bowl Nationals presented by General Tire can see it live on FloRacing.com as part of their yearly subscription package until the event goes live on the MAVTV Motorsports Network and MAVTV Plus on Saturday night.