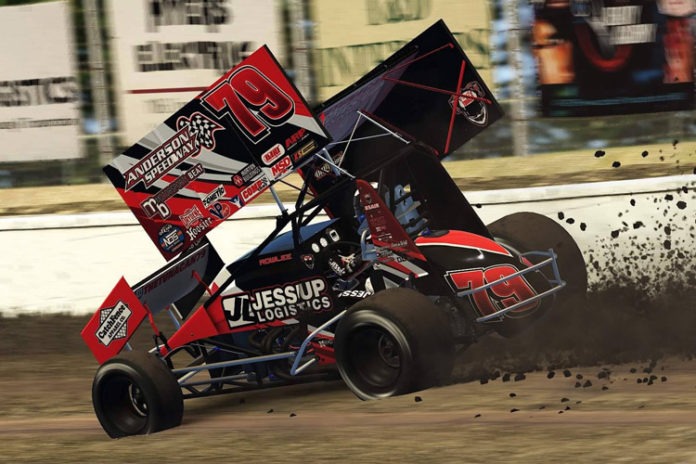 The field is split into two groups for qualifying.  On Thursday, April 23, DIG Race Products qualifying night, 50 iRacers and 10 invited drivers (this list will be released later today) are set to do battle.  The top 10 in the feature will lock into the Saturday night Confinement Classic with everyone else relying on points.

Friday’s Burton’s Logging & Equipment qualifying night 50 car iRacer field is headlined by one of the best iRacers in the world, Alex Bergeron.  Bergeron, from Drummondville, Que., won the Lockdown Showdown and will look to tame the field once again.

Craig Dunn of Australia and Richie Preston were top 10 finishers two weeks ago and they’ll attempt to dethrone Bergeron.  Also racing is Bryce Bailey who recently beat Bergeron in the Empire Super Sprint event at the virtual Dirt Track at Charlotte with a last lap pass.


In order to move into the Saturday show, drivers must finish in the top 10 in their respective preliminary night feature or accumulate the lowest possible points.  Drivers earn points based on finishing position.  Finishing first in time trials is worth one point, winning a heat is one point and a feature win is one point as well earning a driver three points for the night.  Points go up for each position.  It’s about how low a driver can go.

The Billy Whittaker Cars & Trux Confinement Classic presented by Dirt Track Digest is an iRacing event being held at the virtual Eldora Speedway. The entire program will be broadcast live through the Dirt Track Digest Facebook page and on DirtTrackDigest.TV in full HD with racing beginning at 8 p.m. on Thursday, April 23 for DIG Race Products Qualifying Night and for Burton’s Logging & Equipment Qualifying Night on Friday, April 24. The Saturday night program begins at 7 p.m. The feed features a Dirt Track Digest TV Xtra format with live scoring and in race commentating from the Ground Control Lawn and Snow Studios with Northeast announcers Shane Andrews and Mike Mallett.

PLEASE NOTE:  A minimum of 10 spots are reserved in the Confinement Classic for our ‘invite’ drivers.  They will be guaranteed spots in the final program on Saturday night.  For the Lockdown Showdown, no iRacers were bumped as 10 invite drivers transferred on points.