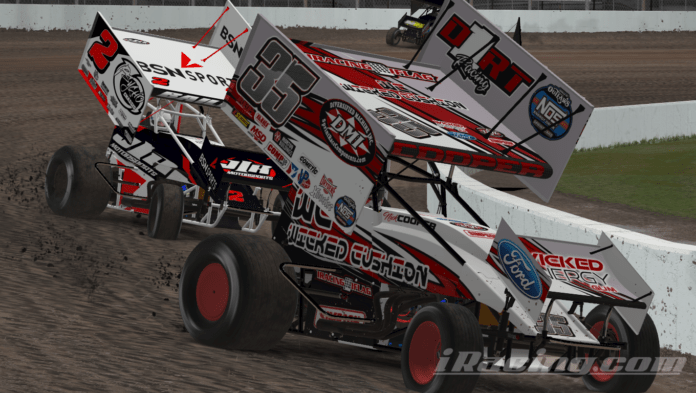 CANANDAIGUA, NY – Waterloo, NY’s Nick Cooper and Canadian sprint car superstar Steve Poirier now share two things in common. Both drivers have won feature events on the half-mile clay at Land of Legends Raceway. They both can now say that they are crowned champions of the New York Nationals.

Cooper took the victory Saturday night in a rather unconventional way that fans are not used to from Cooper. Saturday night the driver of the Duffy’s Home Services, Firehouse Subs No. 35 had to come from the eighth starting spot as opposed to dominating the race from the top four starting spots.

The race took the green flag for 40 laps with Murtaugh and Sammy Reakes on the front row for the initial green flag. Murtaugh would lead the opening lap but Reakes would climb the fence in turn 4 on lap 1 to end what was a promising night for the driver who came into the night with an average finish of 2.66 in Land of Legends iRacing Series events.

While Bailey took chase to Murtaugh for the lead, it took Cooper just two green flag laps to crack into the top 5. Bailey snuck around Murtaugh to take over the lead of the race and lead his only lap on lap 11, before Murtaugh threw a big slider in turn 1 to reclaim the top spot with Cooper in tow in third place.


A lap 21 restart was just what the doctor ordered for Cooper, who took two laps to set Murtaugh up exiting Turn 4 to assert himself as the leader of the New York Nationals on lap 23. Murtaugh later admitted that an apparent mechanical problem with his virtual reality headset had caused him to hit the outside wall in the corners after Cooper had driven by and started driving away.

Bailey and Murtaugh would wage war for the remaining laps of the event, as Cooper set his No. 35 on cruise control to drive home to the victory. Murtaugh would edge out Bailey on the final lap to take second place. Bailey, who won his Qualifying Night in thrilling fashion Friday night, would come home on the podium in his first New York Nationals start.

Dakota Kuhn out of Mount Holly Spring, PA was solid all week long, as the sprint car crew chief started fourth and finished in that same position. Eric Tupper, formerly of Ransomville, NY now by way of Columbia, Tennessee, would complete the top 5.

A big thank you to all drivers who participated in the Land of Legends Raceway iRacing Series in 2020. There are no further events planned at this time, due to preparations for the track’s first on track activity for the new season expected to take place on Saturday May 2 at 1:00PM.

-In all, 92 drivers showed up to compete for 24 Main Event A-Main starting spots in the 2020 running of the New York Nationals.

-Cayden Lawson from Addison, NY, the youngest competitor in the field, qualified through the Non-Qualifier’s race by taking the last spot just to get in the Main Event field. Lawson’s Southern Tier magic wasn’t done yet though- he took the last transfer spot in Consi #2 Saturday night to take the 24th and final starting spot for the New York Nationals. Lawson gained 5 spots in the A-Main to finish 19th.

-24 lucky Facebook contest winners were matched up with all 24 A-Main starters with assorted prizes on the line based on finishing order. 19 fans took home prizes in all ranging from Land of Legends general admission passes, to Candyland gift dollars to $10 Amazon Gift Cards donated by Hobby Stock driver Jim Smith Jr.

-In 3 LOLR iRacing Series races, Land of Legends is averaging a total fan reach of 30,000 fans per show on social media, as well as averaging 15,100 views per race on the Facebook Live videos. 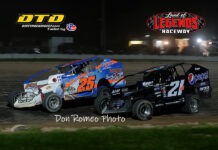 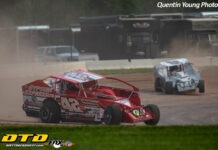 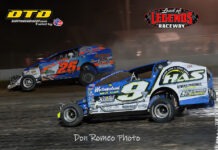 Liberty 100 Set for Land of Legends Raceway this Tuesday