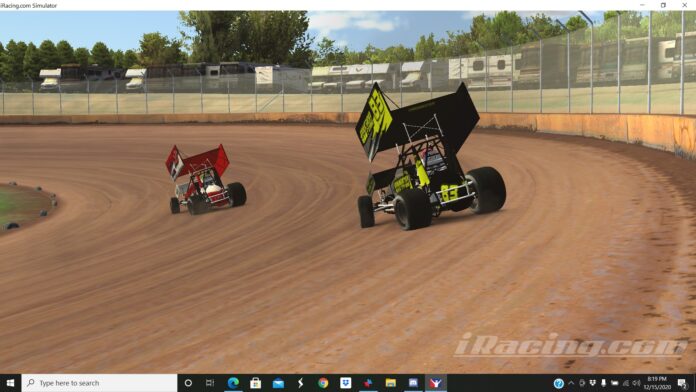 SYRACUSE, NY – The playing grounds were evened just a bit with the launch of the Cedar Lake Speedway on iRacing just a week before Tuesday’s Round #5 of The Sign Shop at Kinney’s Lucas Oil ESS iRacing Series.  The pits were filled with 36, 360 sprint cars but when the final checkered flag was waved, it was Waverly, New York’s Bryce Bailey once again in victory lane.

For Bailey, it was his fifth win in five events, and while the challenger was different in this race with Bryan Kata providing the late challenge, it still had the same results. “The track was real tricky tonight and you didn’t want to get too close to the wall as it will grab you,” Bailey said about the event at the new Cedar Lake, “I didn’t really get a lot on time on the track right before the event so I didn’t know what to expect.”

Bailey timed fastest overall and won the first heat so that did put him on the pole.  While many thought “game over”, first Jordan Poirier and then Kata stayed right on the back nerf bar of Bailey all race.  “Yea, I saw them back there, it was tough to watch them and not make a mistake,” Bailey went on, “You’re busy on a track like this and making a mistake can be easy, luckily I didn’t”

For Kata, the professional remote car racer, the runner-up finish was his best to date in the 10-event series.  “I found a good comfortable lane right up against the wall and it worked for me,” Kata noted, “I got by Jordan and was hoping to get to Bryce, I got close but just not close enough.  But still, a real good run.”

Finishing behind Bailey and Kata were Troy Wagaman Jr., who started 24th, Taylor Caprara and Joe Kata (Bryan’s brother) making up the top five.  The next five were Adam Buchanan (who moved to second in points), Andrew McGill, Joe Trenca, Kevin Loveys and Poirier.

Heat wins went to Bailey, Loveys and Wagaman Jr., the B-Mains were won by Rylin Turley and Brett Wright with Bailey Fast Time. 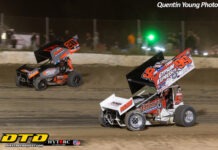 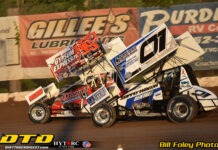 Varin Picks Up Another ESS Win At Brewerton