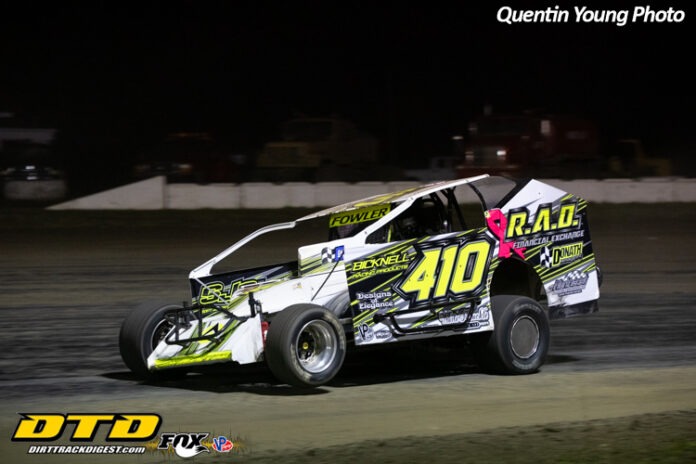 King Of Dirt Racing shifted from a traveling series to a weekly format with the goal of rewarding weekly competitors no matter where they raced across the Northeast. Drivers in the Sportsman (Crate and Open) and Pro Stock divisions are eligible to take part in a point fund that rewards registered series drivers from first to fifteenth.

Drivers from Cornwall, Ontario Canada to Fair Haven, Vermont to New Egypt, New Jersey have been asking how to get involved. Register is the answer, it’s that simple. Once a driver is registered to compete for the King Of Dirt Racing series championship their best 12 finishes from their weekly home track will earn them points towards the overall standings.

It literally does not matter where they call home. So far drivers from Airborne, Albany-Saratoga, Can-Am, Devil’s Bowl, Fonda, Genesee, Grandview, Lebanon Valley, Mohawk International, and more have registered to be part of the 2022 KOD season. It is open to any driver from any dirt racetrack in the Northeast. All they have to do is register.

“I’m glad we’re able to expand on the point fund goal that’s been rather good to King Of Dirt drivers in the past. With all the entry fees going directly to the point fund and some marketing partnerships this will be great for the drivers. I’ve always been a fan first and this is just another way I’m able to help give back,” said KOD promoter/owner Mike Bruno.

Remarking on the KOD historical significance of the point fund goal, Competition Director of Points and Scoring Rob Hazer said, “KOD has a history of paying the champion at least $1,500. Mike is continuing that tradition into the new series format. I was excited we kind of picked up where we left off sort of speak. And the way we’re building it, is by the drivers for the drivers. Just as we’ve done in the past. It’ll grow, I have no doubt. Once drivers catch on, it’ll grow fast.”

Registration is open to all Sportsman (Crate and Open), Pro Stock, and Limited Sportsman drivers for the 2022 season. They have UNTIL JUNE 1ST TO REGISTER for King Of Dirt Racing and be eligible for point funds, contingencies, and awards. The registration form can be found on the rules page of the website at www.kingofdirtracing.com. Anyone looking to get involved with KOD as a marketing partner or product sponsor, please KOD directly.

Since 2015 King of Dirt Racing has provided quality dirt track racing sports entertainment events at various tracks in New York State and Vermont. The series operates through the summer months focusing on events from April to October. The series has provided championship programs for divisions including Small Block Modifieds, Sportsman Modifieds, and Pro Stocks. To learn more about KOD visit on the web at http://www.kingofdirtracing.com and be sure to like and follow the social media page at http://www.facebook.com/kingofdirtracing.