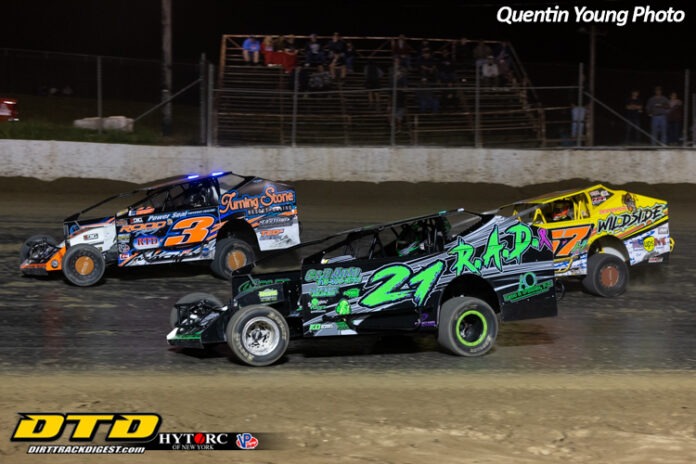 FAIR HAVEN, VT-If the Fastline Performance King Of Dirt Racing Overall Standings presented by Swagger Factory Apparel leaderboard were a box office, then Chad Edwards, Chris Mackey, Beau Ballard, Jessica Power, and Tim LaDuc are Top Guns. At least this week these mavericks have made a Memorial Weekend impact on the standings.

It’s all about progression going forward for KOD competitors, as each week another finish is added to their point standings until they reach 12. It can’t be stressed enough if a track hasn’t raced, only has a race or two, or has had rain outs there is no need to panic. Trust the system and a driver’s points will balance out. That being said let’s take a look at who’s turning heads.

Each week we feature the top three KOD competitors from the weekend during the points update. Let’s start with lady racer Jessica Power who kicked off the week with a big win in the Brockville Fall Nationals, which was delayed until 2022. She earned her 2nd win of the season at Brockville Ontario Speedway in her Speedy Auto Service – Greenshield Pest Control number 52.

Tim LaDuc is our next featured competitor from this past Memorial Day weekend. LaDuc scored a monster win worth $5,000 at Devil’s Bowl Speedway in the 13th edition of the Northeast Crate Nationals. It was his first Nationals win and he did it by taking the lead on lap 93. LaDuc put his Hulbert Supply – LaDuc’s Home Care number 54 on the Nationals podium for the first time.

Third and final highlight belongs Chris Mackey who didn’t win a ‘Nationals’ event, but he did secure his 3rd win of the season at Fulton Speedway catapulting him into a 3-way tie for the top spot in the Overall point standings. Mackey has been strong all season long on the high banks with his Rood Racing – Hitching Tree Service number 3 Bicknell.

OVERALL KOD NOTES: Defending Fonda champion Chad Edwards and Utica Rome’s Beau Ballard have three wins to their credit showing on the KOD leaderboard. Cody Mcpherson from Merrittville Speedway is a mere three points back from the lead trio, with another Utica Rome competitor Payton Talbot rounding out the top five currently. Despite having some weather slow their start, Cornwall Motor Speedway competitors are on the scoreboard and marching towards their best 12 finishes. Currently Alan Fink (Thunder Mountain), Tim LaDuc (Devil’s Bowl), Rob Yetman (Albany-Saratoga), Travis Bruno (Airborne), and Ryan Simmons (New Egypt) round out the top 10 in points. 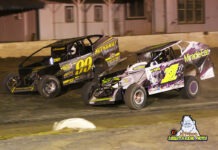 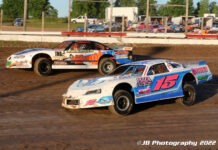 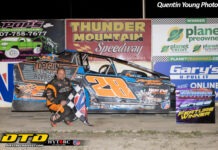