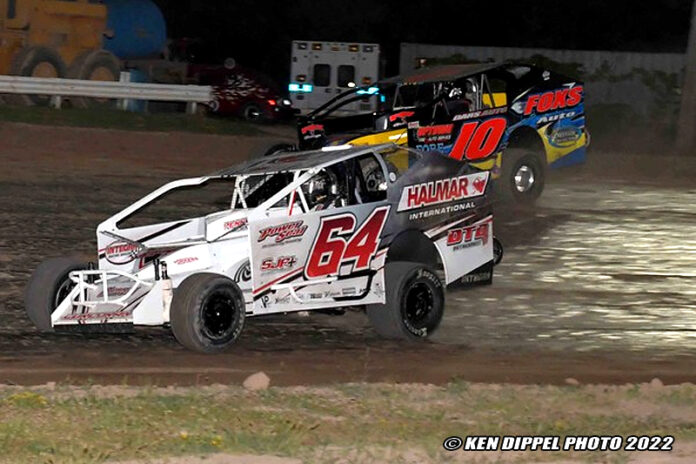 FAIR HAVEN, VT –There were a handful of drivers who turned up the heat this past weekend including Matt Janczuk (URS) who rolled to his fifth consecutive win.

Payton Talbot (FON) earned his third at the track of champs.

Tyler Corcoran (LOL) cracked the top 10 with his third win.

Our first ‘podium’ highlighted driver is none other than 60 plus win weekend warrior Matt Janczuk from Utica Rome Speedway. The Oneida, NY racer held off a host of talented Sportsman Modified competitors to win the STSS show Thursday July 21st. It was his fifth win in a row driving his Billy Whittaker Cars & Trux – Ted’s Body Shop number 33X Teo Pro Car.

Our next driver highlight comes to us from the Mohawk International Raceway and he goes by the name of Cedric Gauvreau. The Chelsea, Quebec Canada racer has a pair of wins to go with a host of top five finishes that will put him right in the mix of things once he reaches 12 races run driving his Gauvreau Transport – Case Construction number 22C Bicknell Racing Chassis.

Our third and final highlighted hot wheel is Central Square, NY racer Tyler Corcoran from Land of Legends Raceway. He picked up his third win of the season Saturday night, which catapulted him into the top 10 standings for the first time this season. He’ll surely be a contender before it’s all said and done driving his Halmar International – DTD.tv number 64 Bicknell Racing Chassis.

OVERALL KOD CHAMPIONSHIP NOTES: This is the week drivers have been waiting for all summer long. The leaderboard will max out showing a drivers best 12 finishes. Every race matters and each event after this week is a chance to improve ranking in the standings. Drivers without the same number of races as others, will now begin to catch up and climb the board.

South New Berlin, NY racer Payton Talbot has been a winning machine this year and finally cracked off his third at Fonda Speedway Saturday night. In doing so, Talbot’s finishes at Fonda outperformed his finishes at Utica Rome Speedway placing him on the leaderboard for the track of champs driving his Fastline Performance – Precision Hydraulic & Oil number 14T HigFab Racing Chassis.

Josh Coonradt finally parked it in victory lane at Fonda Speedway Saturday night for the first time this season. Coonradt has two other wins at Utica Rome Speedway to his credit as well, but now finds himself on the leaderboard under the track of champs as a driver’s best track shows automatically. He’s getting it done with his Shults Auto Center – Ted’s Body Shop number 00X Manimal Chassis. 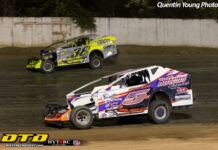