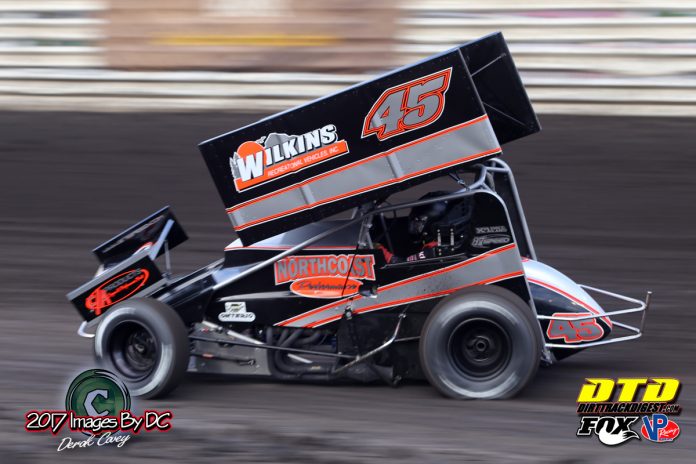 New Yorker Chuck Hebing summed up his Knoxville 360 Nationals best when he said, “We should have been better. We were fast enough, just not at the right time.”

Hebing practiced fast, time trialed poorly, struggled in his heat before finally getting things going in the right direction in the B-Main. Sadly for the former Empire Super Sprint champion it was too little, too late. Once buried in back with the Knoxville Nationals format it’s tough to recover. Hebing chalked up Thursday night’s action as a learning experience. “You need to race here for a month to get used to what you need in the car because it’s different than what we run in our cars at home as far as the setup,” stated Hebing. “Then we tried to do what we do at home. We tried to add gear to the car to make it go faster and found out after the fact, after the time trial that was the opposite of what we needed. I should have took gear out of it to get the miles per hour. It killed us in time trials.”


He was quick in warm-ups timing in the top 15, but he timed 34th out of 43 in time trials. That’s a killer as you start in the back of your heat needing a top four finish.  From there he finished at the back of his heat race. He started 15th in the non-stop B-Main where he ended up finding some speed while moving forward to finish 12th.

With how things panned out, Hebing finds himself on Saturday night in the C-Main. Rather than risk his equipment he made the tough decision to head back home. He was inclined to do so after seeing multiple cars damaged during the 20-lap A-Main.  Everyone was fighting for track position causing a lot of cars to come back to the pits in non-repairable shape.

“After watching what they did with a lot of these race cars, it’s pretty aggressive in the back,” commented Hebing. “Everyone is trying to make the race, I understand it, but to be here Saturday in the C-Main and tear up my race car. I’m going to call it a year and try again. We might come back again, but it all depends on how next year goes. It would be nice to come back and at least have a fair run at it.”

Hebing was in good spirits although disappointed with how it played out. He enjoyed the experience of getting to race with some of the best drivers in the country.

“If you look at who’s here and who you are racing against, all the local guys are very fast and it’s all the best 410 guys here too,” stated Hebing. “I was lucky to sit in the drivers meeting with Sammy Swindell. I met him years ago at an indoor race with his son. I was over at the meeting with Sammy, Tony Stewart and myself and someone made a joke about the senior crew. Like I said, now we’ll go back home and try to go to Williams Grove and where I can redeem myself some night.”

Things didn’t go as planned, but there is no doubt that Hebing will learn from it and at some point he’ll be back to try his hand again in one of the toughest 360 events in the country. 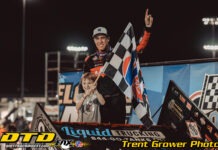 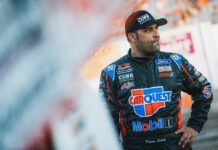 World of Outlaws Set for Crucial Weekend in Knoxville 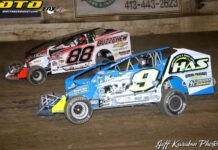