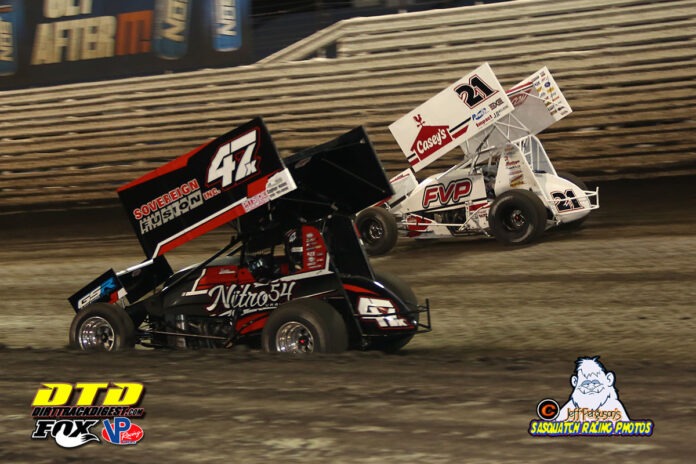 After a year hiatus for this writer due to the Covid-19 situation, it was time to head back to Iowa for the 360 and 410 Knoxville Nationals.

For the 31st time in its history, the My Place Hotels 360 Knoxville Nationals came to conclusion on Saturday night with Gio Scelzi taking home top honors over nearly 100 other drivers.

The finale saw several highs and lows for different drivers with some other tidbits occurring throughout the night.  With that said, here is my list of 31 news and notes from the 31st edition of the prestigious event.