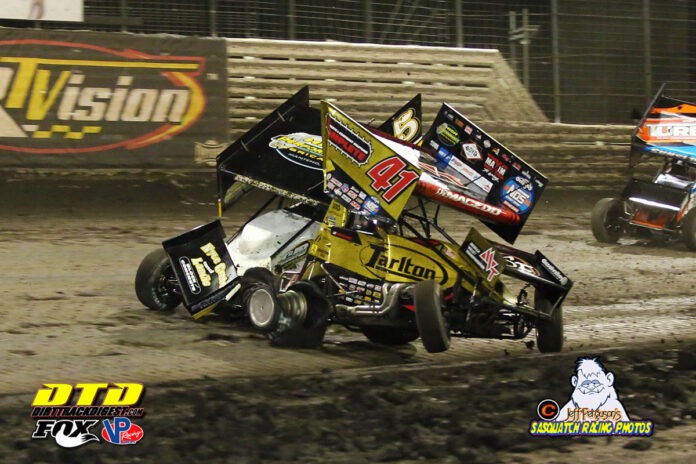 Larson’s drive from 21st to second was aided by a huge crash on lap two of the feature.

Paul McMahan, who started third, and Carson Macedo came together on the entry of turn three.  Macedo attempted to duck underneath him going into the corner.  There wasn’t enough room and the two came together sending them both up the track into the outside wall.

McMahan’s rear burst into flames while Macedo sat helplessly in the middle of the track.

Several cars piled in making contact with the No. 41 car including major impact with Kerry Madsen.

Sammy Swindell, Marcus Dumesny and Maden all flipped in the incident.  Others involved included Sawyer Phillips and Mike Wagner.

Thankfully all drivers were uninjured in one of the biggest incidents in recent memory during the Nationals.

McMahan later went to the hospital to be checked out.

He reported this morning via his official twitter page @RealPaulMcMahan, “First I want to thank the fire and safety crew @knoxvilleraces you guys are the best. I’m doing fine this morning still got a headache but all in all I’m good.”

Macedo took responsibility for the incident in a post crash interview with the track announcing crew.

The Knoxville Raceway safety crew is one of the best in the country with fire crews immediately on the scene as the crash unfolded.  Several safety team members could be seen running toward the incident as the crash was in it’s final stages.

Below is his sequence of the crash. 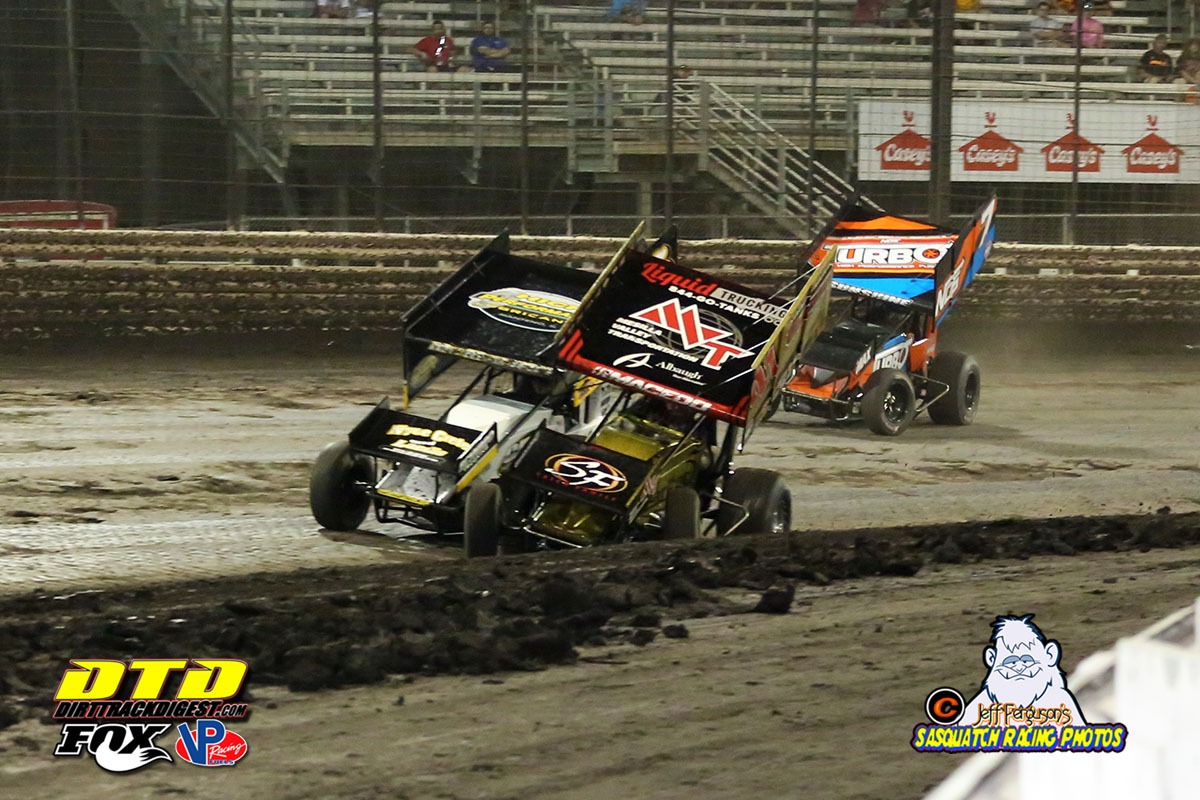 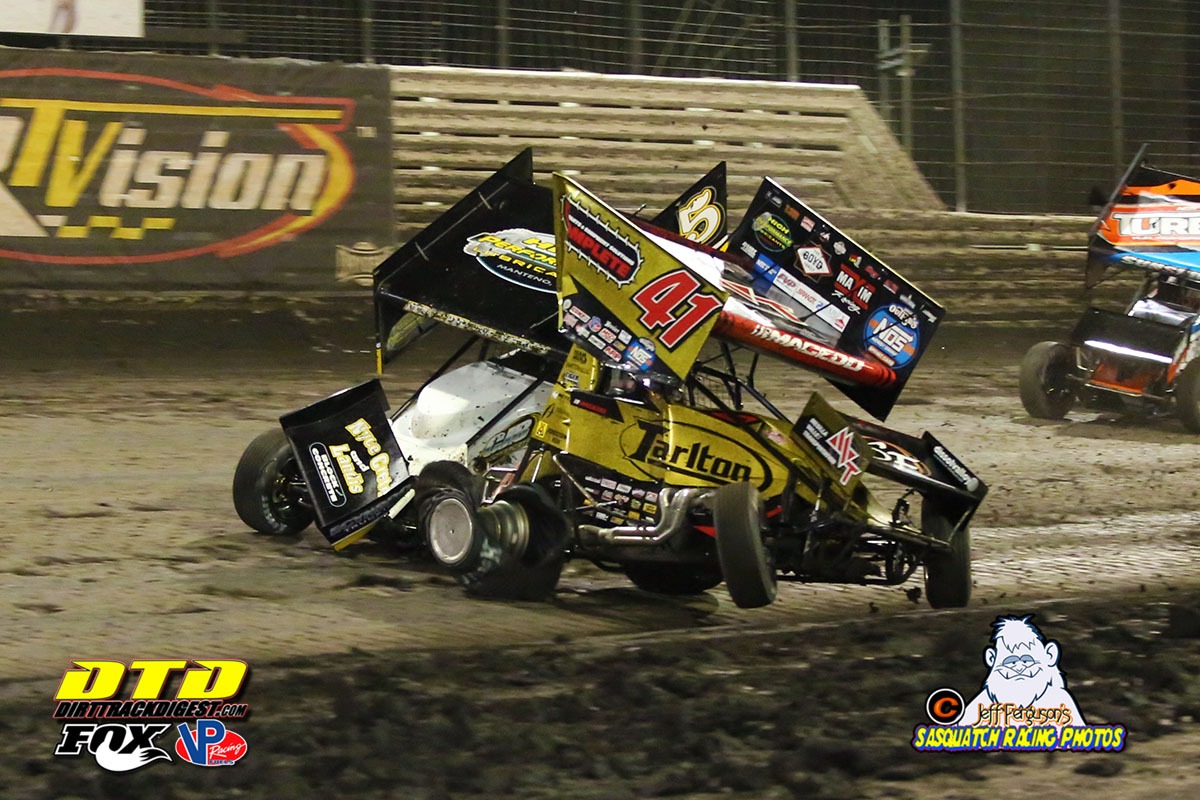 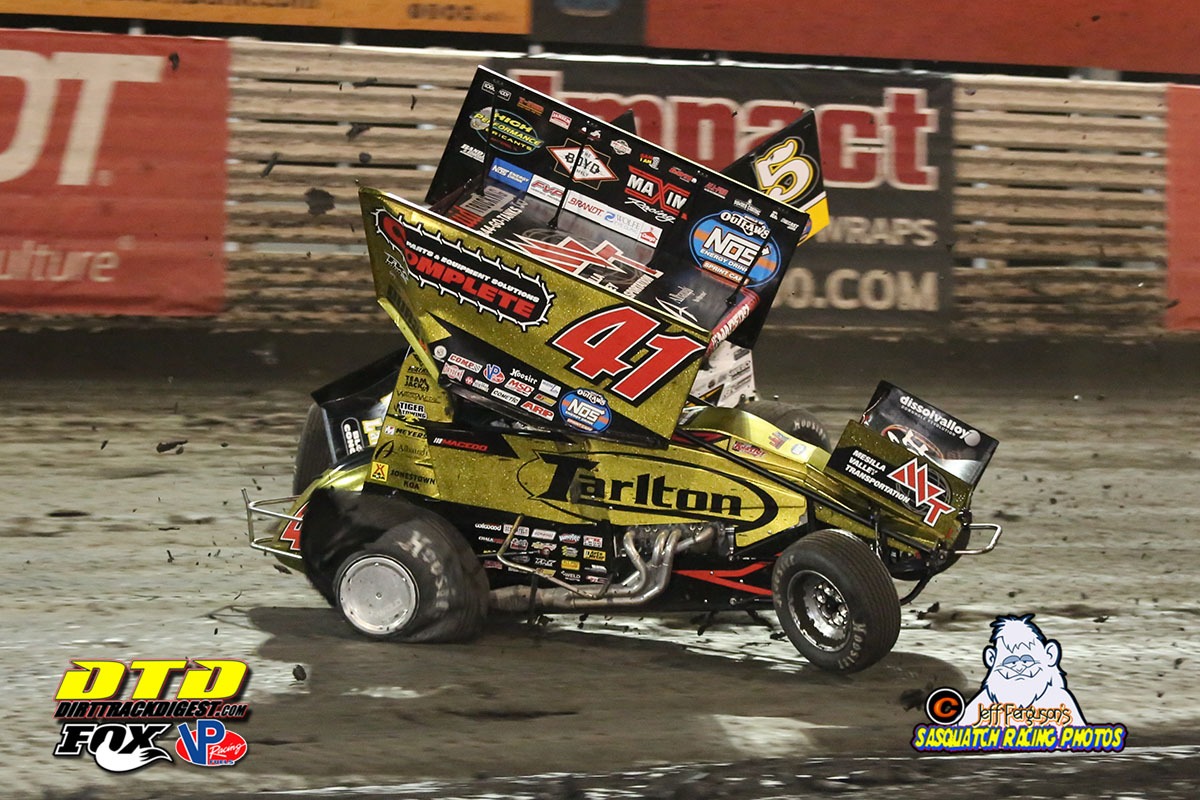 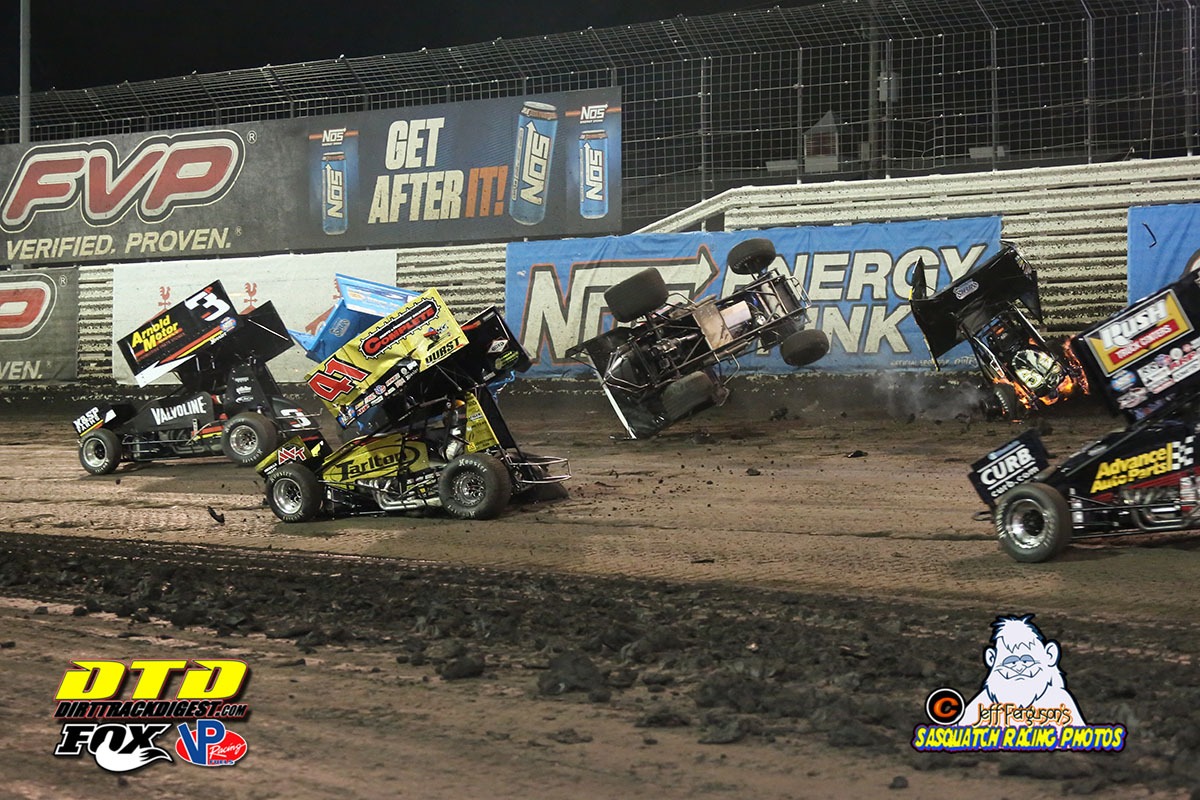 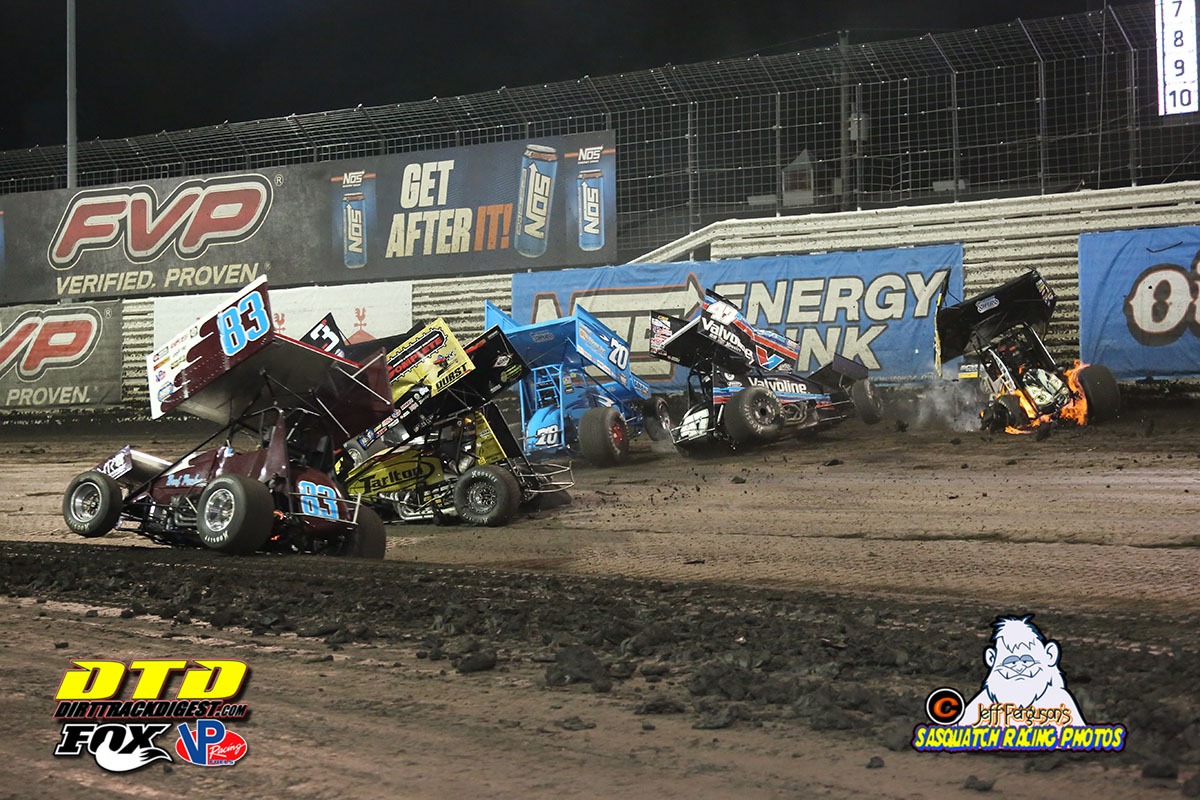 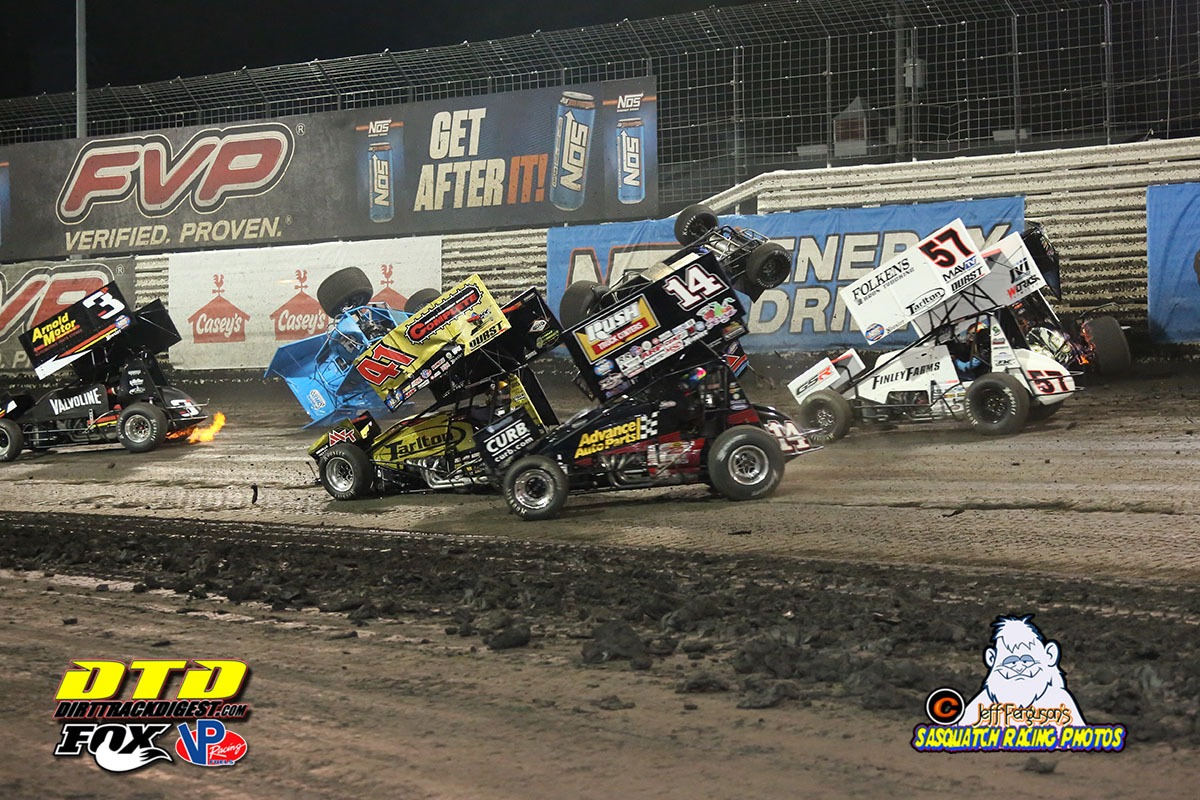 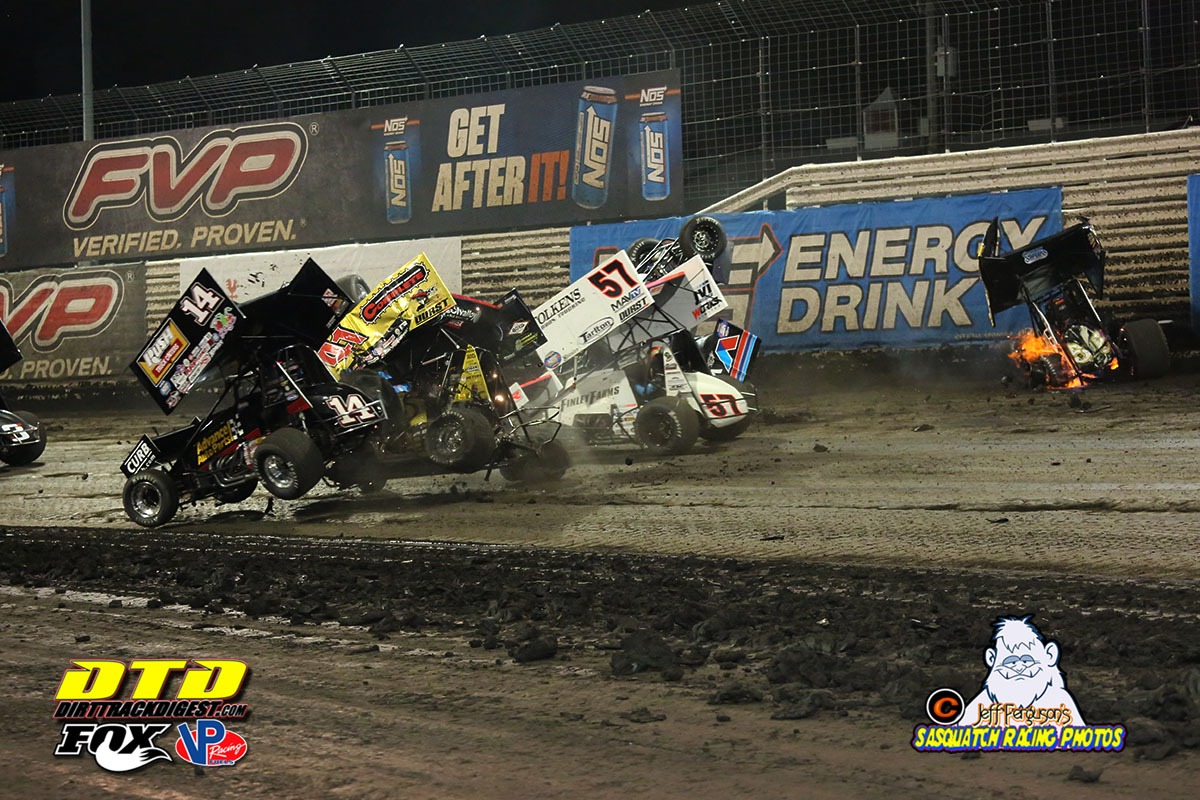 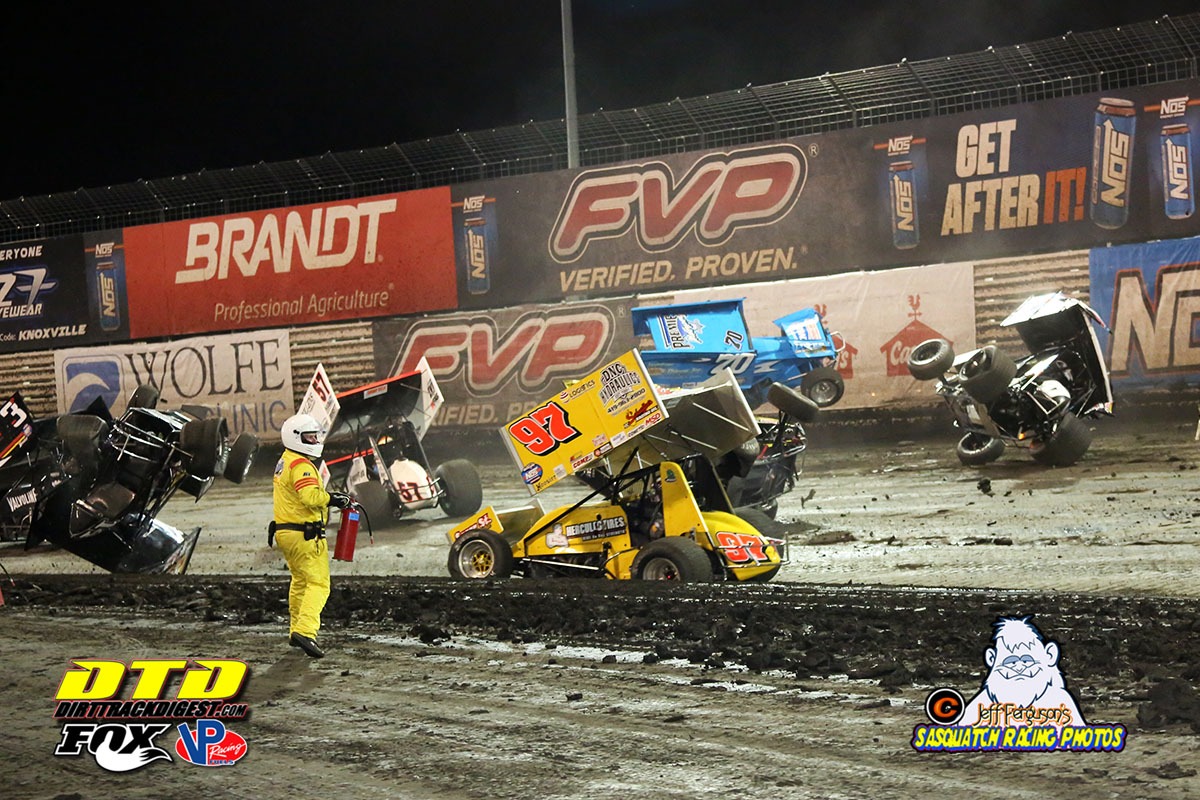 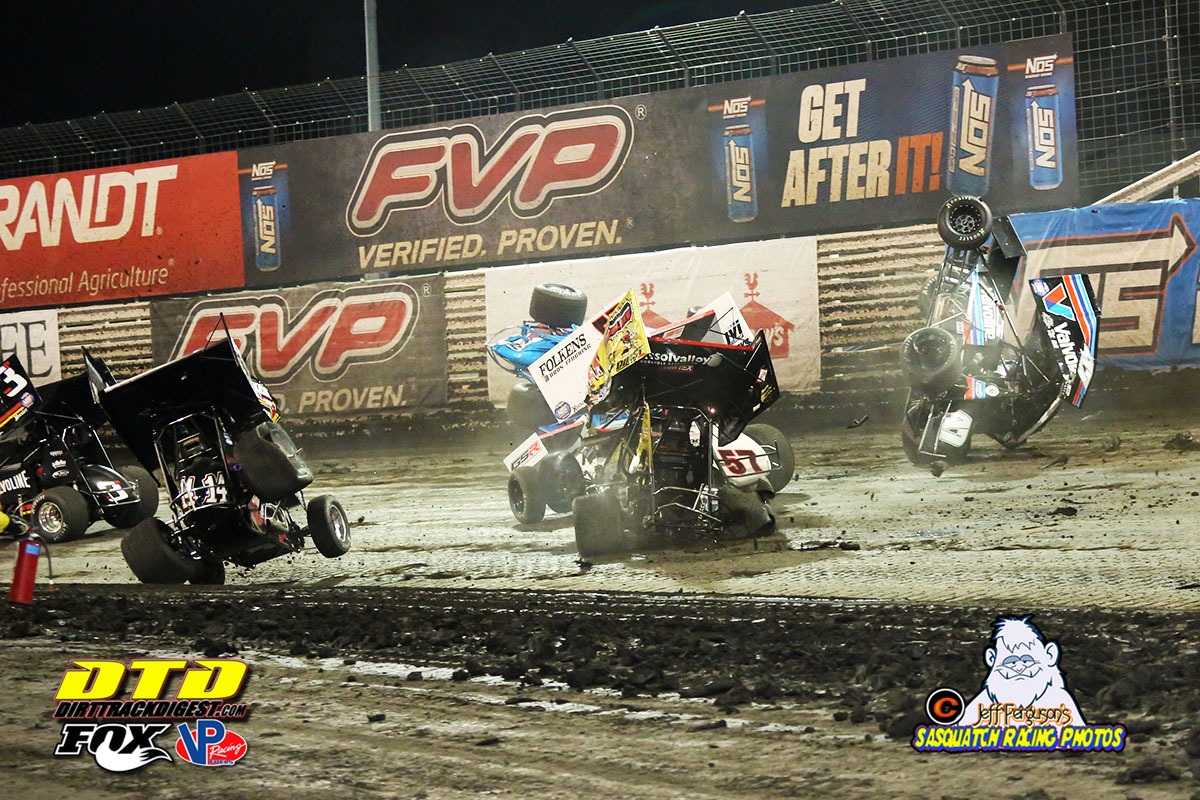 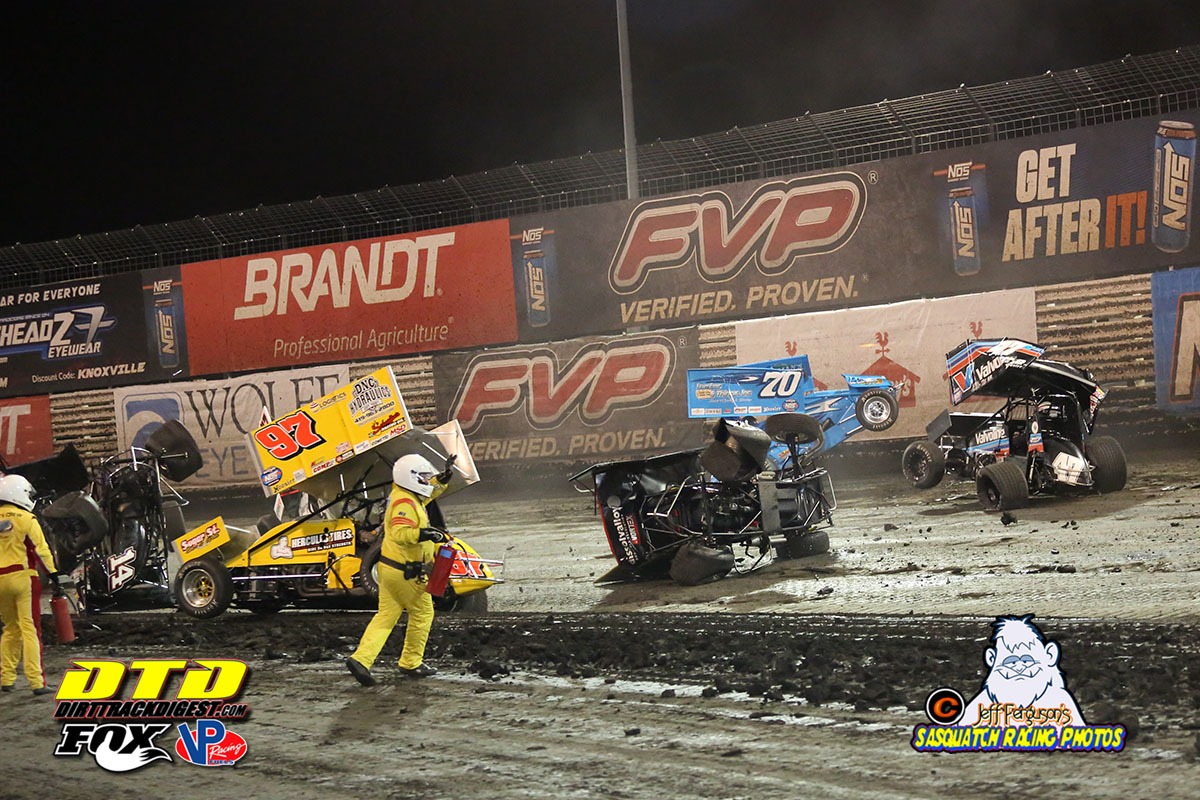 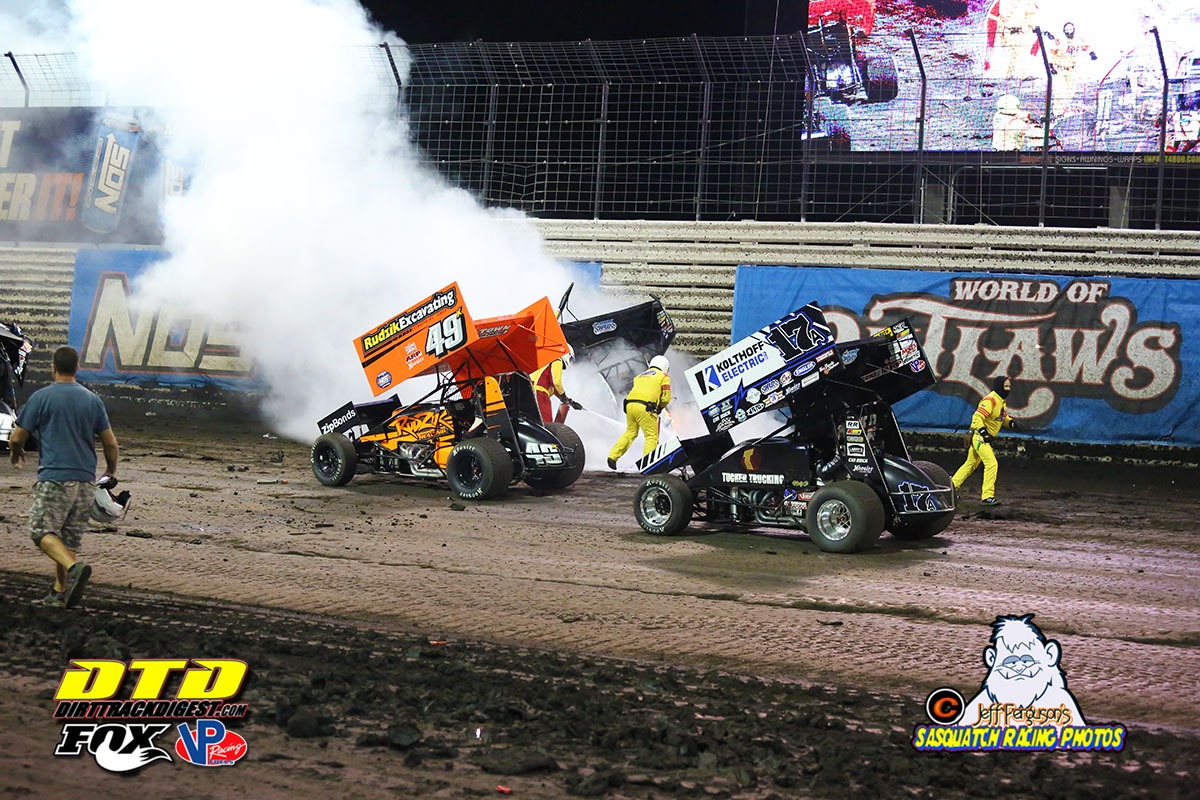 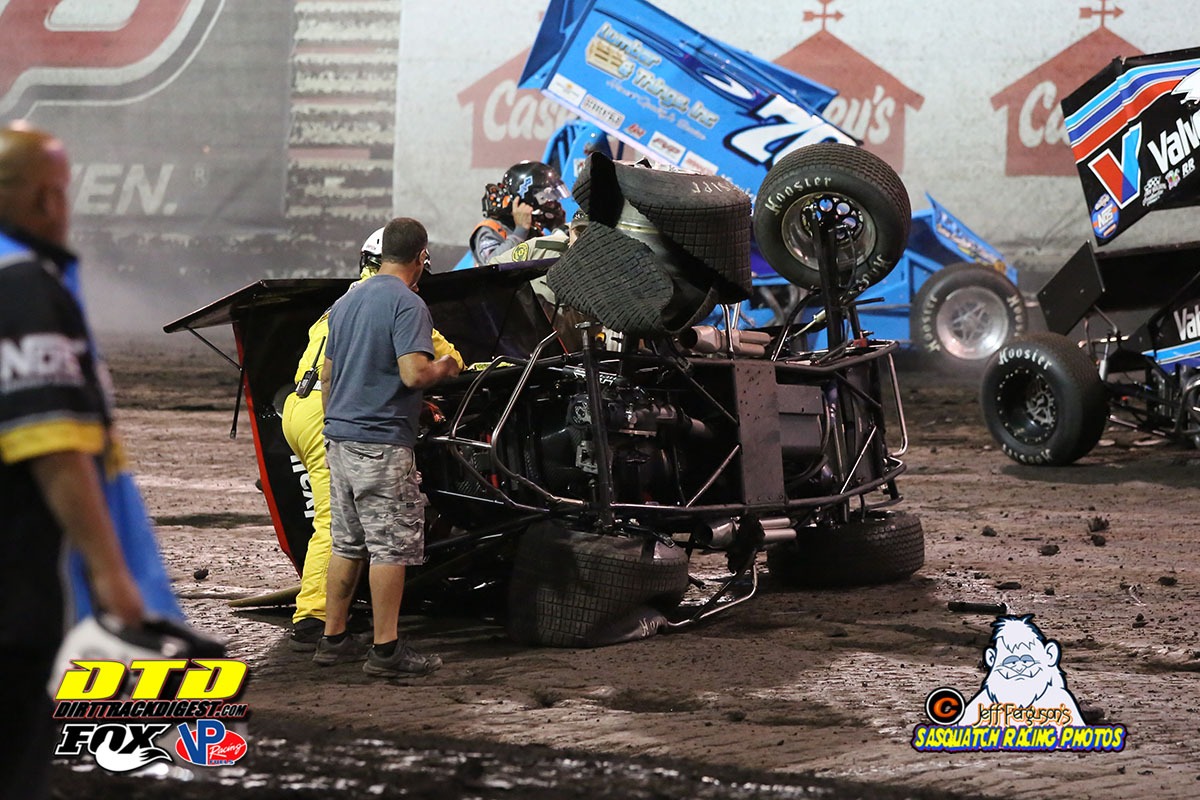 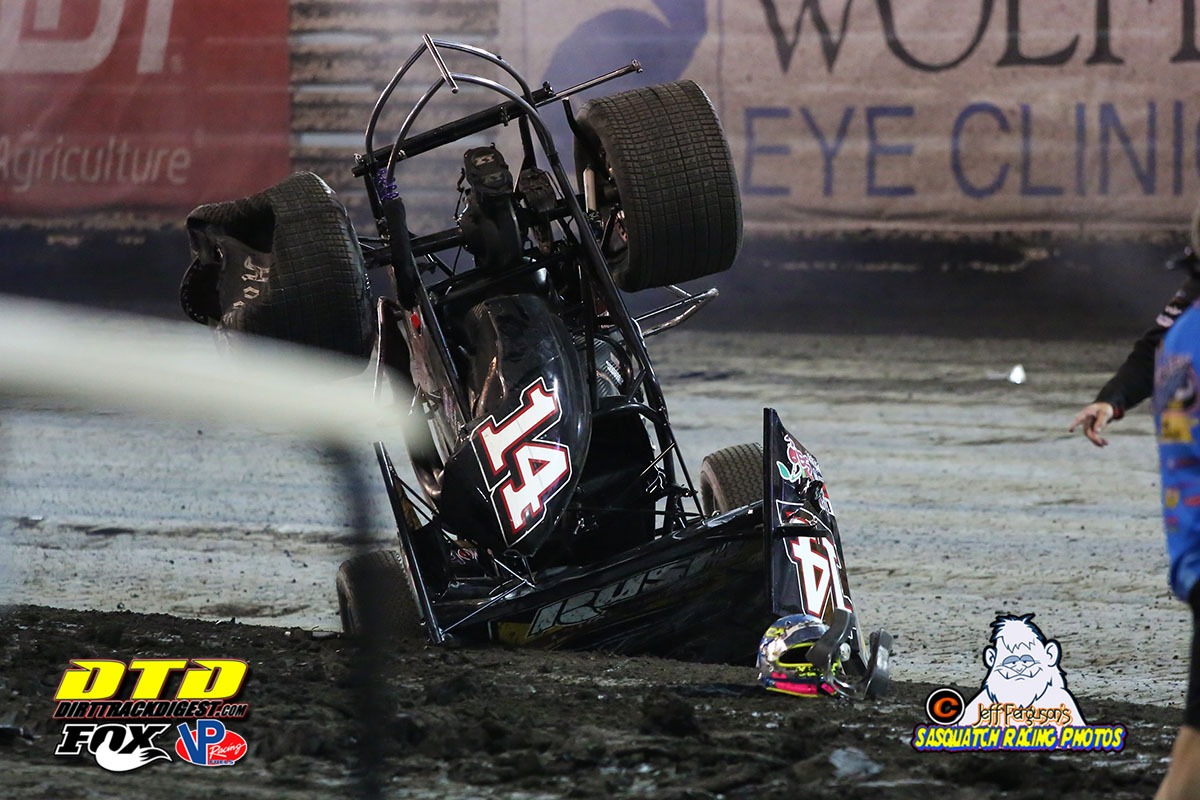 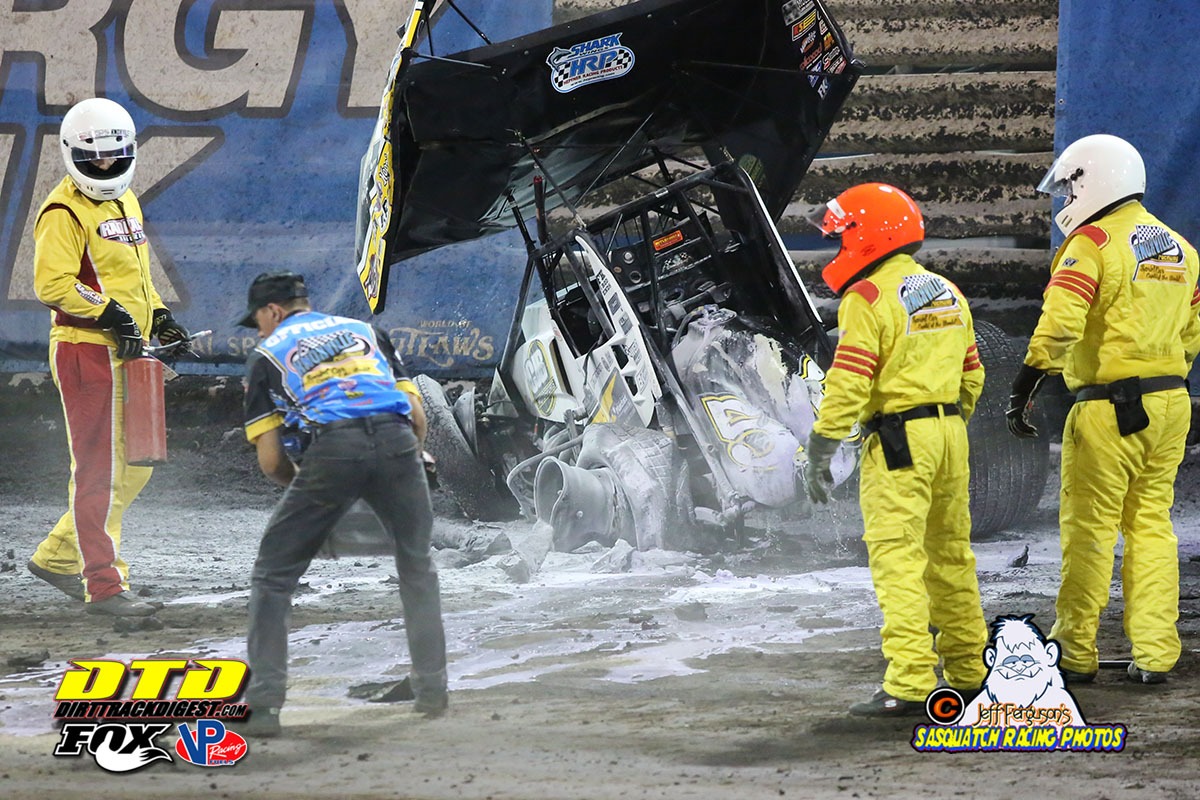 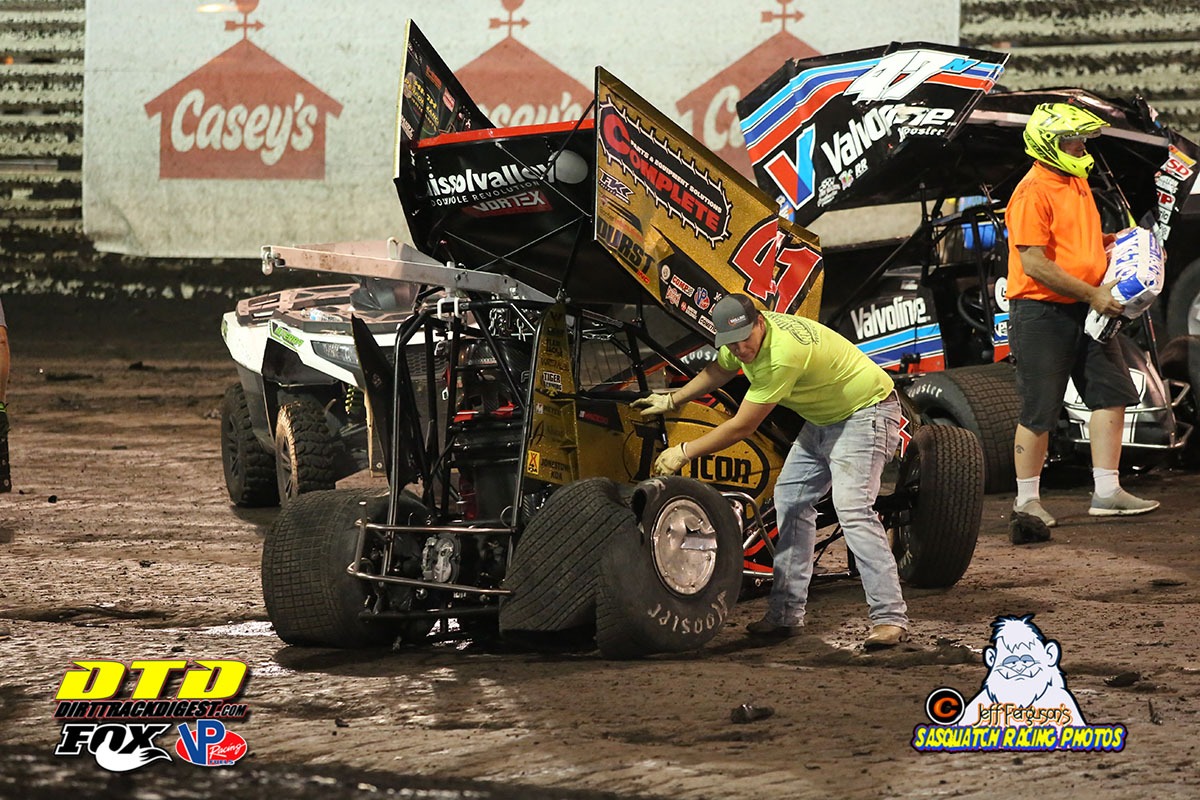