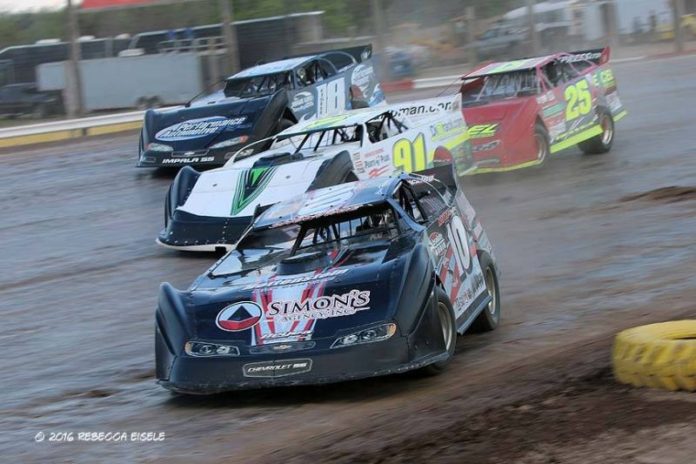 After two years under the leadership of Series Director Emeritus Greg Belyea, the 2017 Go Nuclear Late Model Series campaign will see series founder Shayne Tenace back at the helm. With the change in leadership, additional changes have been announced to the points fund and “loyalty” programs.

“For the last five years, the series has placed an emphasis on rewarding those teams that have provided continued support. First, we started with our loyalty drawings, where each team with 75% attendance would be entered into a drawing for many thousands of dollars’ worth of product giveaways from our great sponsors. The drawings have been SUBSTANTIAL, nearing $20k in actual products on multiple occasions,” said Tenace. “For 2017, we are upping the ante. While the product drawing remains in place and is again expected to be robust, all teams/cars that attend 100% of series races will receive $1000. This is on top of our point fund, which pays $2000 to the winner down to $500 for tenth”

The Go Nuclear Late Model Series will campaign for the seventh season in 2017. The schedule, comprising approximately 10 races in NY and Ontario, is expected to be released at the end of the month.

Stay tuned to the Go Nuclear Late Model Series online at www.gonuclearlatemodelseries.com and on social media at Facebook.com/GoNuclearLateModelSeries and on Twitter, @GoNuclearSeries for the latest information on the 2017 season.