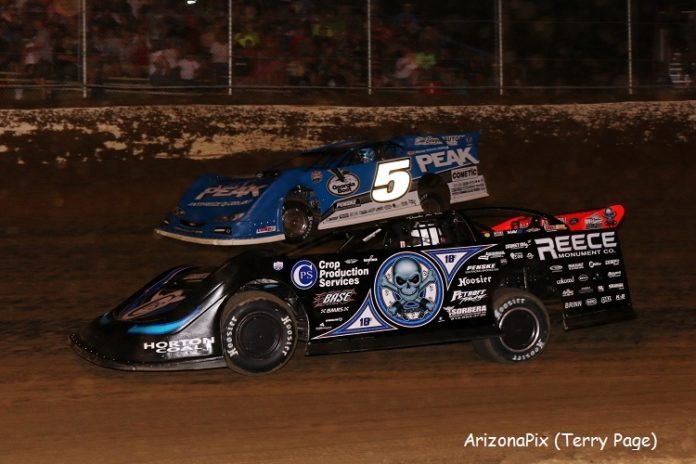 The ambitious 2017 schedule, which includes 54 events at 35 different venues across 22 states – begins with the February 10th-11th Super Bowl of Racing at Golden Isles Speedway, and concludes on October 20th-21st at Portsmouth Raceway Park for the 37th Annual Dirt Track World Championship, which is set to offer a $100,000 top prize for the third consecutive year.

Four tracks on the 2017 schedule will host the Lucas Oil Late Model Dirt Series for the first time, including: Port Royal (PA) Speedway on April 23rd, Luxemburg (WI) Speedway on May 19th, Deer Creek Speedway in Spring Valley, MN on May 20th, and Brown County Speedway in Aberdeen, SD on July 20th. In addition, Duck River Raceway Park in Wheel, TN returns to the series docket for the first time since 2009 on March 30th, 2017.

“We are thrilled to release our 2017 schedule. We’re extremely honored to have such great relationships with our promoters, from all over the country, that have worked so diligently to help us get the schedule to completion. We feel that we have the best show in dirt late model racing, and I can’t thank our promoters, our staff, drivers, car owners, sponsors, and of course, our great fans enough for their continued support. Lucas Oil Products has put together a great infrastructure for making the Lucas Oil Late Model Dirt Series the best dirt late model national touring series in the country,” stated Rick Schwallie, Lucas Oil Late Model Dirt Series Director.