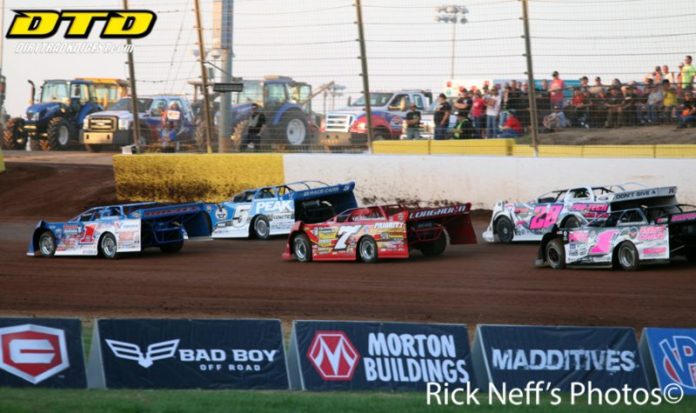 CONCORD, NC – The World of Outlaws Craftsman® Late Model Series is set to embark on another journey across the nation and into Canada, challenging the best drivers at their home tracks.

For the 2017 season, the series will return to some of the drivers’ favorite tracks, where they will try to steal the biggest purses of the year. The series kicks off the 2017 campaign at Screven Motorsports Park for the Winter Freeze VII on February 17 and 18. The Late Models will then join the World of Outlaws Craftsman Sprint Car Series and the Super DIRTcar Series Big-Block Modifieds at Volusia Speedway Park for DIRTcar Nationals, February 23-25.

The World of Outlaws Craftsman Late Model Series returns to the state of Texas for a date at LoneStar Speedway on March 26. The trek north to Illinois’s Farmer City Raceway for the Illini 100 is next up on the schedule on March 31-April 1.

The Outlaws head to Pennsylvania’s Lernerville Speedway for three days of dirt thrills during the Firecracker 100 on June 22-25. A couple days later, June 28, the Outlaws roll into The Dirt Oval at Route 66 Raceway for the series’ first visit to the Illinois track.

The series will also make first-time appearances at 17 other tracks, including the Terre Haute Action track for the Outlaw/Hell Tour Showdown, Shawano Speedway for the Sun Drop Shootout, and Georgetown Speedway in Delaware for the Fulton Bank 50.

The 2017 World of Outlaws Craftsman Late Model Series Championship will be sealed at the Bad Boy Off Road World Finals at The Dirt Track at Charlotte on November 2-4.

“We are really excited to have the opportunity to visit so many new places with the World of Outlaws Craftsman Late Model Series,” said Late Model Series Director Tim Christman. “Every week we challenge drivers on their own turf to prove that we run with the best drivers out there, so visiting new tracks this season will help bring more local drivers and different competition to our stage.”

The complete 2017 schedule is listed below and can be found at www.WoOLMS.com. Tickets for select events are on-sale now at dirtcar.ticketforce.com
or by calling 844-DIRT-TIX (347-8849).