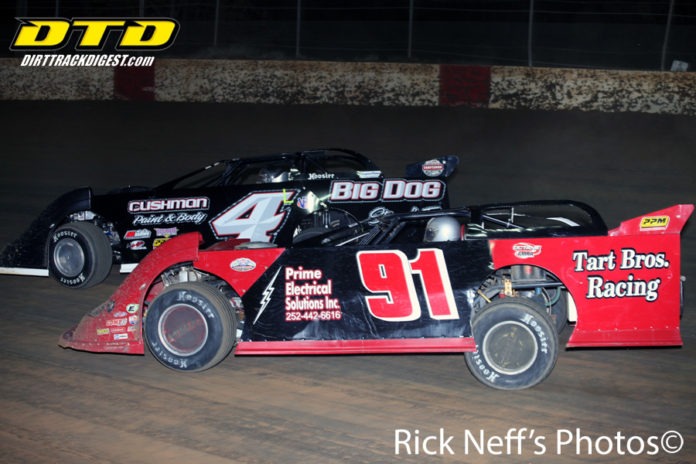 ELM CITY, NC – With an abysmal forecast of 90% chance of rain during the day coupled with temps dipping near freezing in the evening hours, officials with County Line Raceway and the ULTIMATE Super Late Model Series have made the decision to postpone the Saturday, March 18th Tar River Rumble. A make-up date will be announced later.

“It is a real shame to lose a race this early in the season. But the forecast for Saturday is terrible and we just don’t want those fans and teams to have to deal with all those weather issues. It is just too much of a gamble for everyone. We want to thank everyone that was planning to come out and support us and invite them up to join us on April 8th at Virginia Motor Speedway for the $20,000 Aaron’s King of the Commonwealth.” said ULTIMATE Series Director Kelley Carlton.