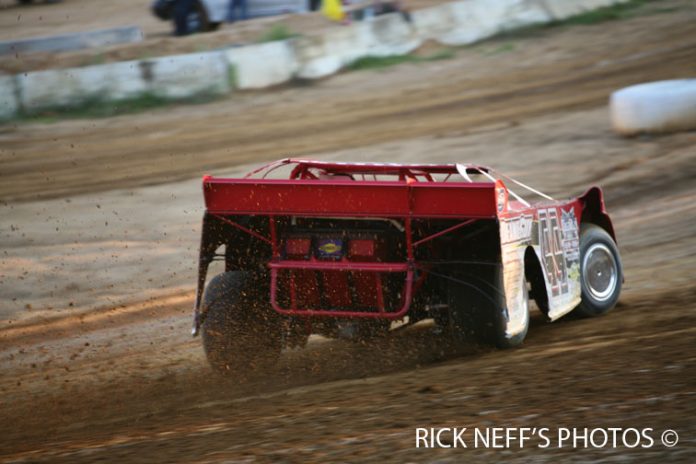 PULASKI, PA – The three-night “Battle of the Bay” this week (April 27-29) at Delaware, Potomac, and Winchester Speedways will kick-off one of the three mini series between several Sweeney Chevrolet Buick GMC RUSH Dirt Late Model Series powered by Pace Performance sanctioned speedways during the 2017 season. These mini series will add an additional $10,000+ of point funds over and above RUSH’s championship point funds!

The “Battle of the Bay” will feature nine events in total over the course of three weekends; April 27-29, July 27-29, and August 10-12 in three different states at Delaware International Speedway in Delmar, DE, Potomac Speedway in Mechanicsville, MD, and Winchester Speedway in Winchester, VA. Thursday’s event at Delaware will make history as the first ever RUSH-sanctioned event in the state of Delaware. All nine events will pay $1,000 to-win, $125 to-start. A point fund of $2,050 has been posted to the top five drivers in points with $750 going to the champion. Note: drivers must compete in all nine events to be eligible for point fund monies.

New York state tracks Outlaw (Dundee) and Genesee (Batavia) Speedways are set to begin their second year under the Sweeney RUSH Weekly Series banner. Promoters Jim Johnson (Genesee) and Tyler Siri (Outlaw) have taken it one step further to produce four weekends of Friday-Saturday competition with a separate $6,000 point fund with $2,000 going to the champion! In addition, a $1,000 bonus has been posted if any driver can win two events at both tracks during these weekends. The events part of this mini series are May 12-13, June 9-10, July 14-15, and August 4-5. In addition to the mini series, Outlaw and Genesee have hooked up on June 2-3 for back-to-back $2,000 to-win Sweeney Tour Marquee Events.

And after a successful debut in 2016, the RUSH Late Models will be part of the “I-79 Summer Shootout” with Tony Stewart’s All Star Circuit of Champions Sprint Cars on July 21-23 at Eriez, Pittsburgh, and Tri-City Raceway Park. Each event will pay $1,000 to-win in addition to the $2,500 mini series point fund presented by Hovis Auto & Truck Supply that will award the champion $700 and pay down 10 positions. Bruce Hordusky, Jr. is the defending champion.


“It’s great to see these speedways work together to provide additional programs whether it be higher paying events or the mini series point funds on top of our Touring Series and championship programs,” acknowledged RUSH Director Vicki Emig. “Outlaw and Genesee coordinated their mini series not to conflict with any our Touring events and we did not schedule any Tour events again during the I-79 Shootout. We also have to thank Georgetown Speedway for stepping up and offering three RUSH-sanctioned events paying a minimum of $1,000 to-win. The May 11 and July 2 events are part of a three-night weekend with Potomac and Winchester’s Super Late Model specials.”