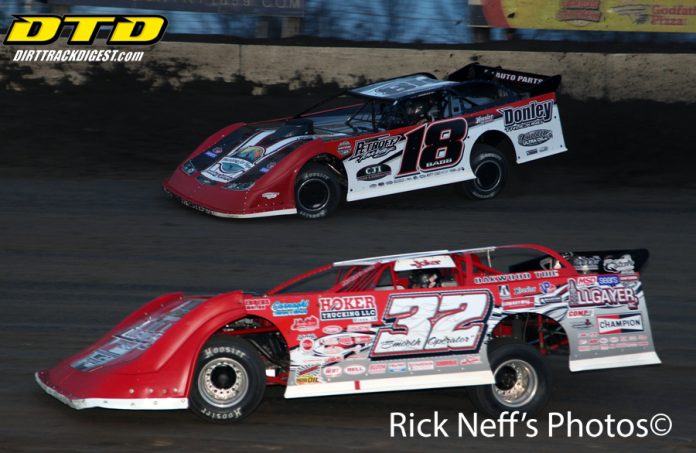 CONCORD, NC – On June 2 the World of Outlaws Craftsman® Late Model Series will invade one of the highest banked tracks in the country, Tazewell Speedway, for the Ray Varner 50. Home to the third-mile dirt-track with 31-degree banking, Tazewell sees high speeds and a lot of action.

The Series’ first visit to the Tennessee track was in 2010, and it has remained on the schedule ever since. Past winners include Shane Clanton (2010), Chris Madden (2011), Bub McCool (2012), Mike Marlar (2014), and Billy Ogle Jr. (2015); 2013 and 2016 were canceled due to rain. Clanton, Madden and Marlar have already earned a Series win this season and will be looking to repeat their past success at the track. With outsiders taking the past two Series wins at Tazewell, all 13 Outlaws will be aiming to reclaim the title from the grasps of the local Tennessee top-guns.

“It’s a big deal for the World of Outlaws to come Tazewell,” said track owner Gary Hall. “A lot of people look forward to coming to this event every year. Many travel here from surrounding states. We have the world’s fastest third-mile and always strive to put on a good show. This track is banked 31 degrees. There is no other track in the country like this.”

The Ray Varner 50 at Tazewell Speedway on June 2 will be 50 laps for $10,000-to-win. Tickets will be available at the track on the day of the event. The following day the Outlaws will regroup in Georgia at Senoia Raceway for the third annual Billy Clanton Classic on June 3. 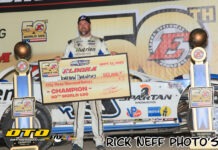