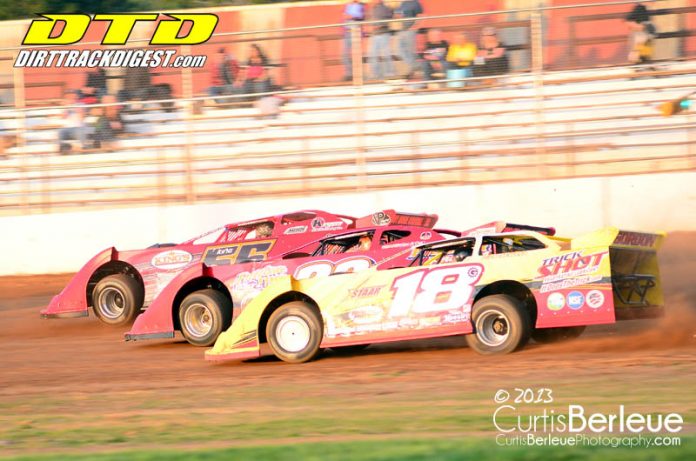 By KAYLA MAY (WORLD OF OUTLAWS PR)
CONCORD, NC – The World of Outlaws Craftsman® Late Model Series will head to Western Pennsylvania for their return to McKean County Raceway on Tuesday, June 20 for the Hamlin Lake 50.
This visit marks the Series return to the third-mile clay-oval for the first time since 2012, when the 2016 World of Outlaws Craftsman Late Model Series champion, Josh Richards took a trip down Victory Lane in front of a large crowd.
“This is huge for the Outlaws to return,” said Chris Zuver McKean County Raceway Promoter. “Ever since we announced that the Outlaws were coming back in early December the buzz around this event has been huge. The last time the Outlaws visited the track in 2012, we had our largest crowd in track history. We feel we’ll have a great car count this for this event with it just being a couple days before the Firecracker 100. I’ve been saying, the party for the Firecracker starts early in East Smethport, PA.”
The Tuesday night special, $10,000-to-win Hamlin Lake 50 will be the final tune-up for the Series before for they roll south for the Firecracker 100 – a three-night big money Late Model event at Lernerville Speedway on June 22 – 24.
Along with a several local stars that will be in the field, fans will be keeping their eye on Outlaw full-time drivers and hometown heroes, Chub Frank, Rick Eckert and adopted hero, Shane Clanton.
McKean County Raceway is located on the McKean County Fairgrounds at the intersection of Routes 6 and 46 in East Smethport, PA. Pits open at 12pm, grandstands at 4pm with racing at 7:30pm. Tickets for the return of the Outlaws to McKean County Raceway are on sale by visiting the track website.