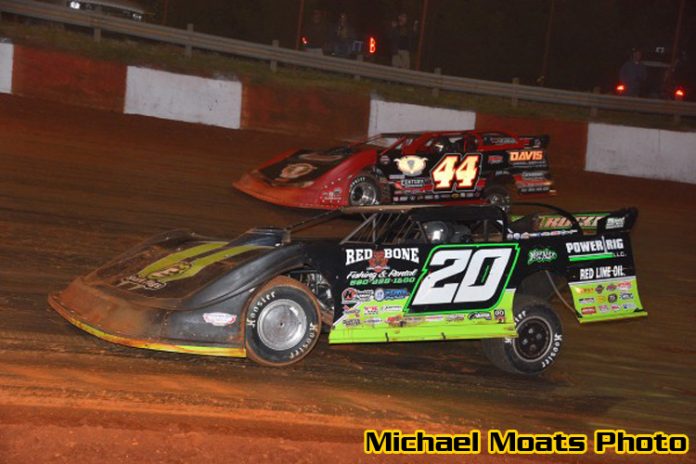 Two tracks on the 2018 schedule will host the Lucas Oil Late Model Dirt Series for the first time, including: 141 Speedway in Maribel, WI on May 18th and Jackson Motorplex in Jackson, MN on July 18th. In addition, Volunteer Speedway in Bulls Gap, TN returns to the series docket for the first time since 2015 on March 22nd, 2018.

The Lucas Oil Late Model Dirt Series will sanction the inaugural “Dirt Million” at Mansfield Motor Speedway, August 24th-25th, 2018. The new mega-event will allow Super Late Model competitors to compete for a minimum of $100,000-to-win, $2,000-to-start at the 4/10-mile oval. However, the purse will continue to increase throughout the 2018 calendar year via a unique format and promotion that allows dirt racing families, friends, sponsors, fans and teams everywhere in the world to play a role in building the feature’s payoff. The total purse for the event can climb to a spectacular $1 million, which would result in the weekend’s A-main offering a $500,000 winner’s prize and $10,000 just to take the green flag. Additional information is available at: www.dirtmillion.com.

“We are thrilled to release our 2018 schedule. We’re thankful to have such great relationships with our promoters, from all over the country, that have worked so diligently to help us get the schedule to completion. With their support, we’re able to raise all the traditional Friday events to a minimum of $12,000-to-win/$1,000-to-start, in 2018.We feel that we have the best show in dirt late model racing and I can’t thank our promoters, our staff, drivers, car owners, sponsors and of course, our great fans enough for their continued support.” stated Rick Schwallie, Lucas Oil Late Model Dirt Series Director.