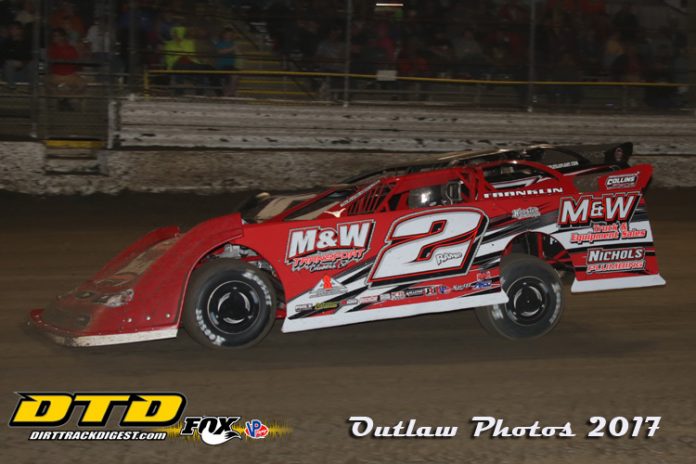 SYLVANIA, GA – – The ULTIMATE Super Late Model Series will roll into the 1/3rd mile Screven Motor Speedway on Saturday, November 18th for the 50 lap / $5000 to win 17th Annual Georgia State Outlaw Championship. In the 19 series events contested thus far in 2017 there have been 16 different winners on the southeastern tour.

Tyler Millwood of Kingston, Georgia is poised to wrap his first ever touring championship along with the Autolite Spark Plugs Rookie of the Year presented by DirtonDirt.com Millwood however is focused on getting to victory lane.

“We have been so close to getting a win this year. So we really want to get that done down at Screven. That would sort of make our season complete.” Millwood said.

If Millwood is able to nab the title it would be the first time in the 7 year history of the series that the Rookie of the Year also wins the championship title.

Another driver who has been looking for his first career ULTIMATE victory is Maryville, Tennessee’s Jason Welshan. Welshan enters the Georgia State Outlaw Championship second in the series point standings. Welshan would also like to put a check in the win column for 2017.

“We have had a lot of fun running up and down the road this year. And we have had some not so fun times too. But we want to get an ULTIMATE Series win. So we are looking forward to Screven and trying to get it done.” commented Welshan.

Defending ULTIMATE Series champion Dennis “Rambo” Franklin of Gaffney, South Carolina is also looking to rebound his season. Franklin has extensive experience at Screven and he has visited victory lane there on several occasions as well.

“You know we have had a rough year. We have just run into one thing after another. But Screven is one of my favorite places and we have always run well there. So maybe we can find something and get us a win.” said Franklin.

Screven’s Georgia State Outlaw Championship will also host ULTIMATE sister series FASTRAK Racing Series Pro Late Models on Friday and Saturday respectively. Friday the crate gang will chase after a $2000 to win purse while they go after $3000 to win on Saturday. Also on the card for the weekend is a $5000 to win SCDRA Front Wheel Drive event along with $1000 to win in both the Super Street and Street Stock V-8 divisions.

Screven Motor Speedway is located at 6118 Savannah Highway in Sylvania, Georgia. You can learn more about the speedway including directions and ticket information by pointing your web browsers to www.screvenmotorsports.com For more information including rules and schedule head over to www.ultimatesupers.com You can also find us on Facebook and follow us on Twitter and Instagram @ULTIMATESupers 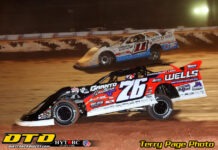