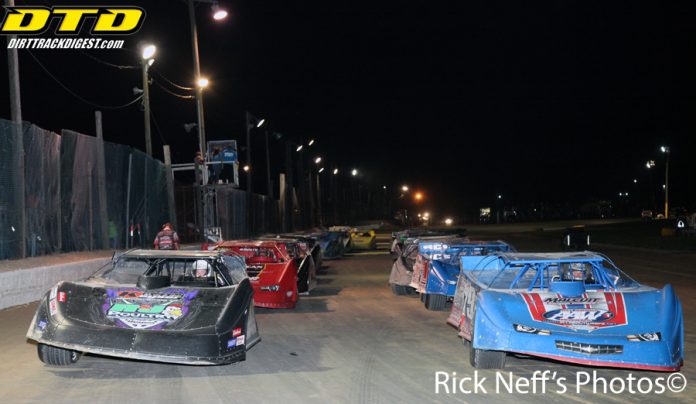 “Our goal for 2018 was to develop a diverse schedule that covers a large geographic area in effort to serve dirt late model fans across the country,” said Series Director Matt Curl. “With the addition of tracks, alongside a few updates to our schedule, we feel as though we have delivered.”

The Outlaws will return to Lavonia (GA) Speedway for the first time since 2014 on May 3. This $10,000-to-win event will kick off a now three-day weekend through the South that includes Cherokee Speedway in Gaffney, SC on May 4 and the much-anticipated Billy Clanton Classic on the unique gray gumbo of Senoia Raceway in Senoia, GA on May 5.

Headlining the middle of June will be back-to-back nights in New York followed by a single night in Ohio. The previously scheduled event on Thursday, June 14 shifts to Stateline Speedway in Jamestown, NY followed by Ransomville Speedway on June 15 and Wayne Country Speedway on June 16. The Series visit to Stateline Speedway will be their first return since 2013, when Series veteran Shane Clanton stole the checkers from a sixth place starting position.

The Series will make three stops in the state of Iowa between July and August, including the return of Dubuque Speedway for the first time since 2005 on July 6, Davenport Speedway on July 24, and Farley Speedway on Aug. 6.


To keep up to date on the latest news and information regarding the World of Outlaws Craftsman Late Model Series, visit woolms.com or follow us on Twitter and Facebook.